A look at Iranian newspaper front pages on Dec. 22

IFP has taken a look at the front pages of newspapers on Monday and picked headlines from 13 of them. IFP has simply translated the headlines and does not vouch for their accuracy. Tuesday is a public holiday in Iran, our next Look at Iranian newspaper front pages will appear on our website on Wednesday.

News about the passing of veteran actor Morteza Ahmadi appeared on the front pages of a small number of newspapers that appeared on newsstands on Monday. (In light of the fact that Sunday and Tuesday are public holidays in Iran, most dailies decided to skip Monday too.) Also in the headlines was a decision by the Central Bank to increase the amount of interest banks pay customers on 6- and 9-month accounts. And reformist dailies covered the comments of Imam Khomeini’s grandson on the fight against large-scale corruption.

Afarinesh: “Tehran supports a diplomatic solution to bloodshed by terrorists in Syria,” said the Iranian parliament speaker [on a visit to Syria]. 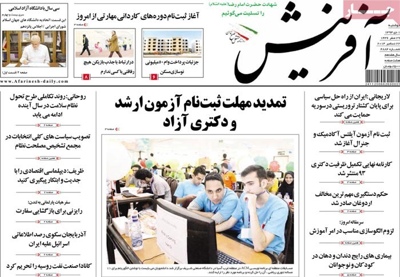 Aftab-e Yazd: Saudi Arabia is beating the drum of an oil war against Iran. 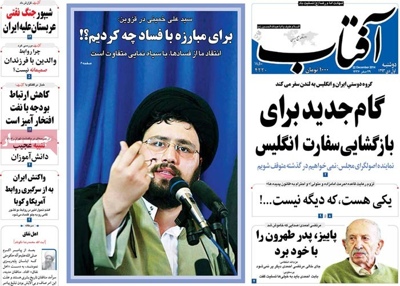 Arman-e Emrooz: The government has taken a giant step toward upholding civic rights by ordering a halt to illegal eavesdropping.

Arman-e Emrooz: Another step toward improvement of ties between Iran and Britain; an Iranian parliamentary delegation [Iran-Britain Friendship Group] has flown to London.

Arman-e Emrooz: “There should be no hesitation in the fight against corruption,” said Seyyed Ali Khomeini, the grandson of the founding father of the Islamic Republic, in a speech in Qazvin. 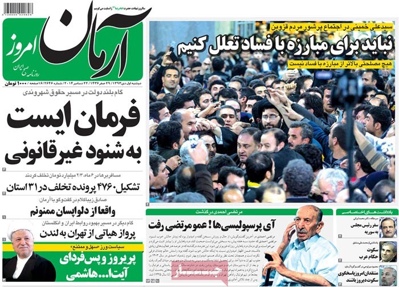 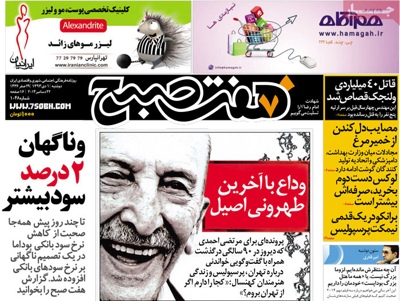 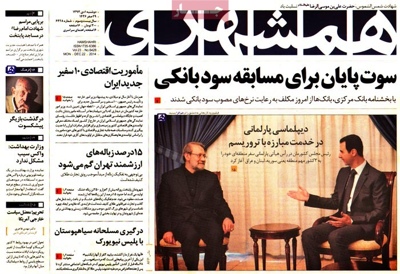 Hemayat: “Syria owes a debt of gratitude to Iran for the support Tehran has lent Damascus in the fight against terrorists,” President Assad told Iran’s top MP. 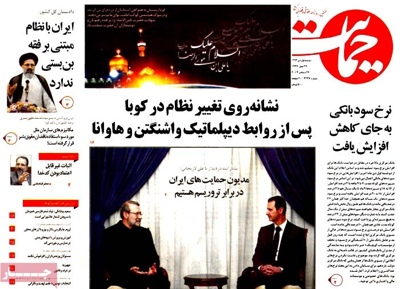 Iran: President Rouhani has vowed his government will press ahead with the Healthcare Transformation Plan next year. 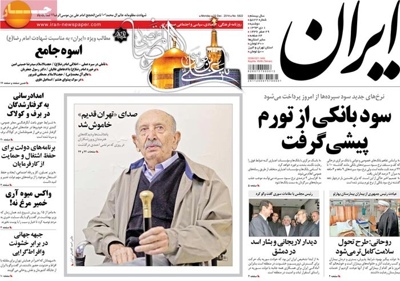 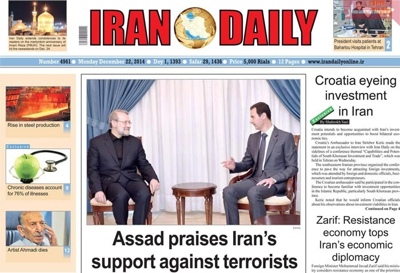 Jamejam: The government seems too afraid to cut the cash subsidies of high-income individuals next year. 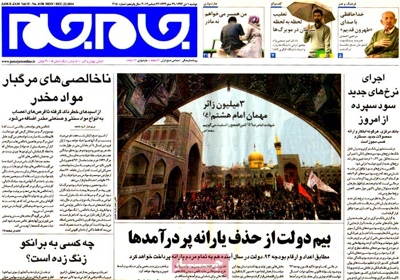 Kayhan: IS terrorists are desperate following major operations by the Iraqi and Syrian armies. IS has executed 170 fighters from among its own ranks. 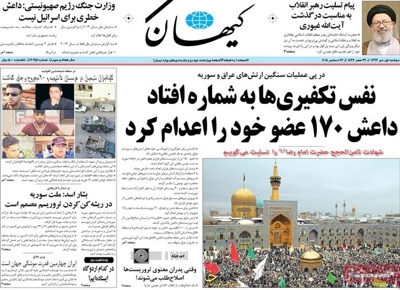 Roozan: What will be President Obama’s next move after Cuba? Just like their American peers, hardliners in Iran are opposed to any kind of diplomatic deal. 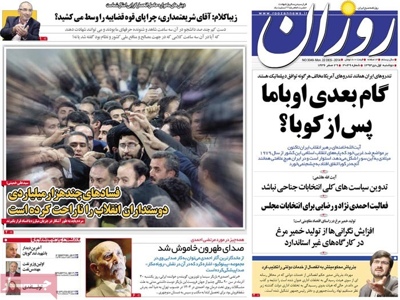 Sharq: [Veteran actor] Morteza Ahmadi, who was known as “The Voice of Tehroon [a colloquial pronunciation of Tehran]” has died at the age of 90. 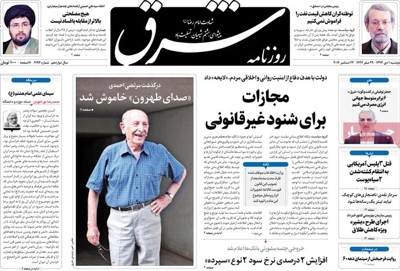 Tafahom: Imports of airplanes older than 15 years have been banned. 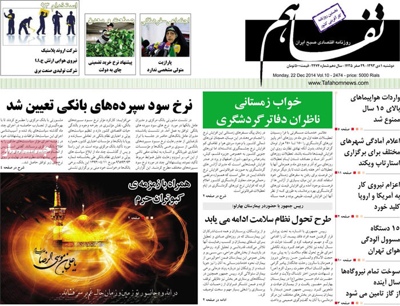