A look at Iranian newspaper front pages on Dec. 20

No single news story dominated the front pages of the Iranian newspapers on Saturday. Reformist-leaning dailies covered the comments of former President Mohammad Khatami on moderation and the stance of the reformist camp vis-à-vis subversive elements. The comments of the Russian president that P5+1 are close to securing a deal with Iran also appeared on the front pages of some dailies. And news about a likely cut in interest rates drew attention as well.

Abrar-e Eghtesadi: A member of parliament’s Budget and Planning Committee has said that the chamber will have to tweak the government-proposed spending package’s assumption that oil prices will hover around $72 a barrel next year. 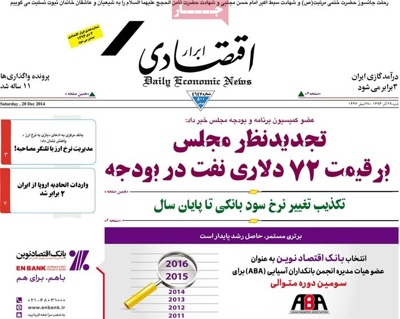 Afarinesh: Compassionate Hands, a Health Ministry plan to examine patients free of charge, has been implemented in a number of poor neighborhoods of the capital. 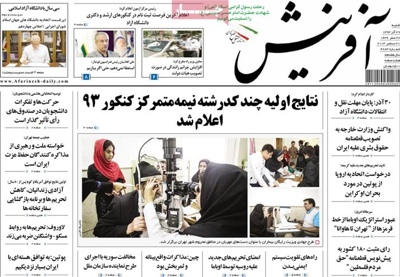 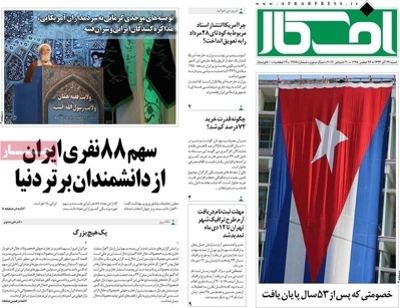 Aftab-e Yazd: President Putin of Russia has said that P5+1 are very close to clinching a nuclear deal with Iran. 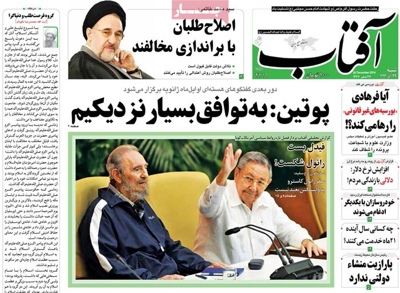 Arman-e Emrooz: An Asiatic Cheetah poacher has been sentenced to 42 months in prison.

Arman-e Emrooz: Fifty-three people have died as a result of alcohol abuse. 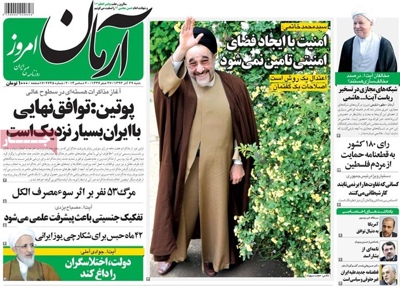 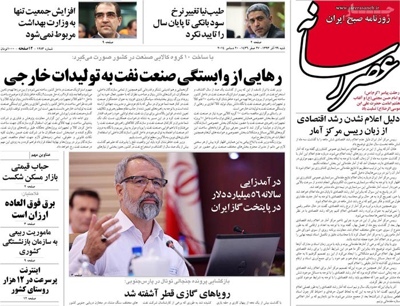 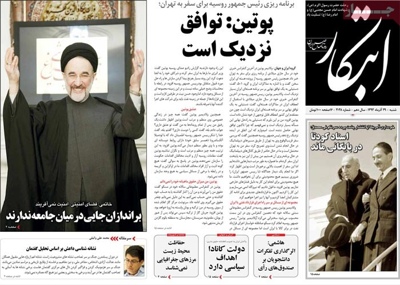 Emtiaz: Iran will be self-sufficient in gasoline production in two years.

Emtiaz: The deputy minister of roads and urban development has said a plan to raise fines for traffic offenders is being reviewed. 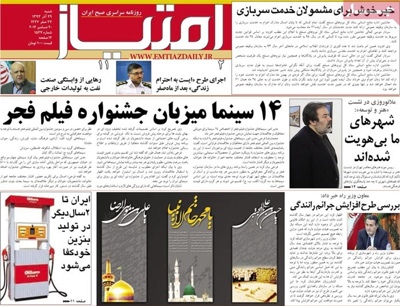 Ettela’at: “The next round of nuclear talks between Iran and P5+1 will be held next month,” Deputy Foreign Minister Seyyed Abbas Araghchi said.

Ettela’at: The Iranian army will stage maneuvers codenamed Muhammad, the Messenger of God, later in December.

Ettela’at: In Iraq, Kurdish Peshmerga fighters have broken the siege of Mount Sinjar. 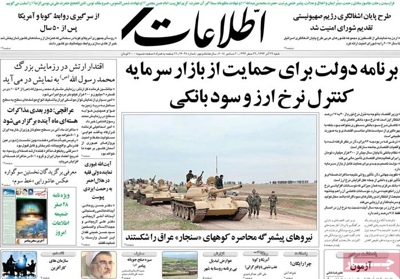 Farhikhtegan: President Obama’s decision to reestablish ties with Cuba has drawn a smile from the rest of the world, and a frown from Republicans at home. 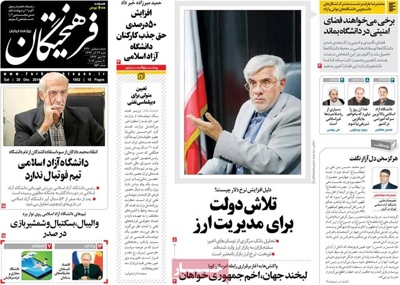 Hambastegi: The health minister has called for runaway expansion of universities to be stopped. 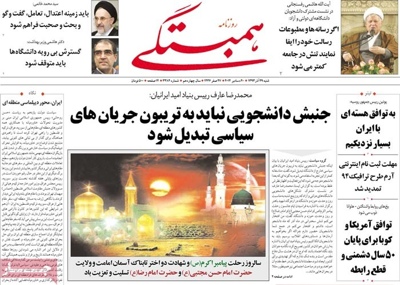 Iran: At meetings with the Iranian health minister, sources of emulation have thrown their weight behind the Health Transformation Plan initiated by his ministry. 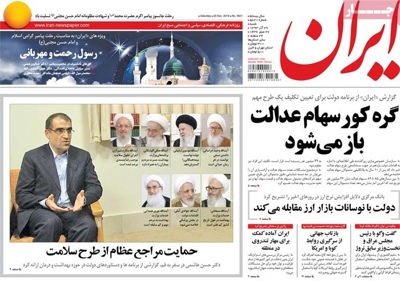 Jamejam: Russian President Putin is preparing for a visit to Iran.

Jamejam: IS terrorists have suffered losses in three different regions in Iraq. 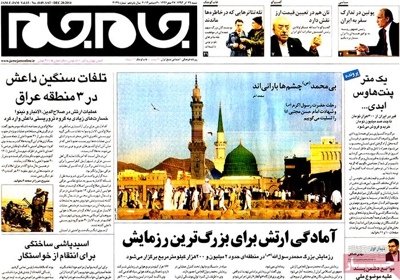 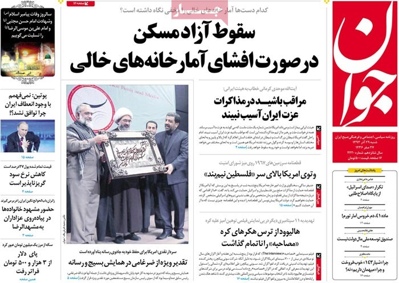 Jomhouri Islami: As many as 180 UN members have supported a plan that recognizes the Palestinian right to self-determination.

Jomhouri Islami: The minister of economy has said government is considering a cut in interest rates. 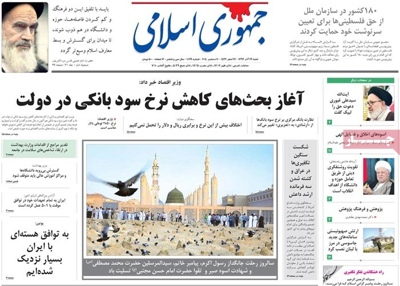 Kayhan: The US has decided not to release a report on CIA’s involvement in a coup in Iran in 1953, fearing it could have an adverse effect on nuclear talks with Tehran. 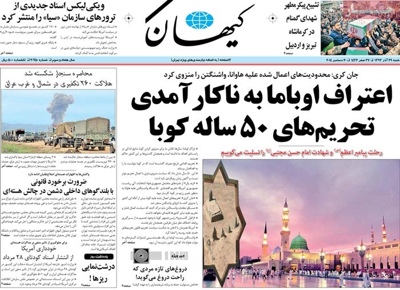 Mardomsalari: A monthly report by the International Atomic Energy Agency has confirmed Iran’s commitment to the Geneva Interim Agreement. 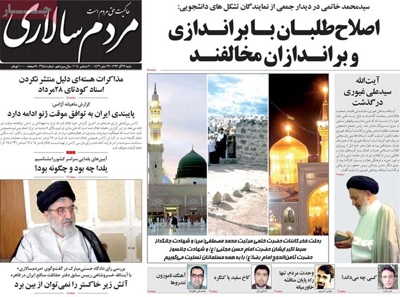 Payam-e Zaman: “Carmakers are likely to be merged,” said the Iranian minister of industries. 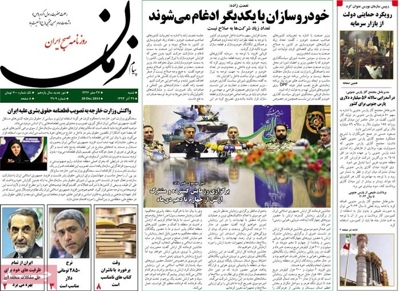 Rah-e Mardom: Water levels behind Latian and Lar dams that supply part of the capital’s water needs have fallen again. 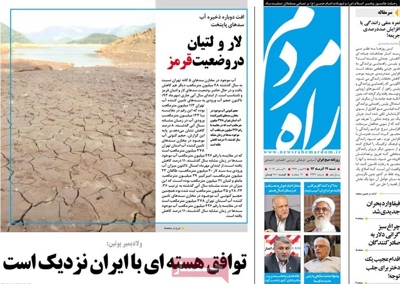 Sayeh: Ayatollah Seyyed Ali Ghayuri, the Supreme Leader’s representative to the Red Crescent Society of Iran has passed away. 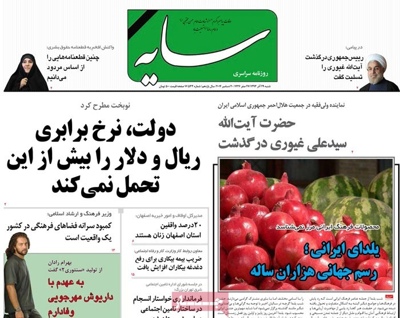 Sepid: Phase One of the Health Transformation Plan is 95 percent complete. 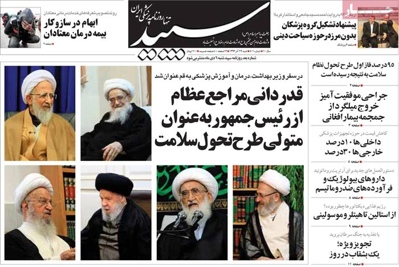 Shahrvand: Sony Pictures caved. The Interview won’t be released after a threat by North Korean hackers. 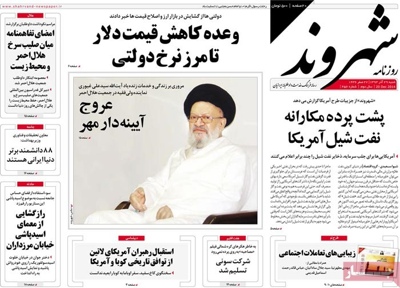 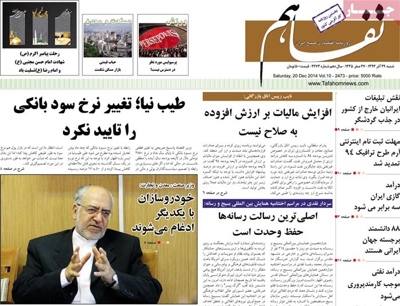