A look at Iranian newspaper front pages on Dec. 18

The meetings the visiting Turkish foreign minister and Iraqi parliament speaker held in Tehran with senior officials dominated the front pages of Iranian newspapers on Thursday. The comments of government spokesman about subsides, next year’s budget and cooperation with the construction arm of the Islamic Revolution Guard Corps were on the front pages of several newspapers too.

Abrar: “Talks with the United States are part of negotiations with P5+1,” said Iranian Foreign Minister Mohammad Javad Zarif at a joint press conference with his Turkish counterpart in Tehran on Wednesday. 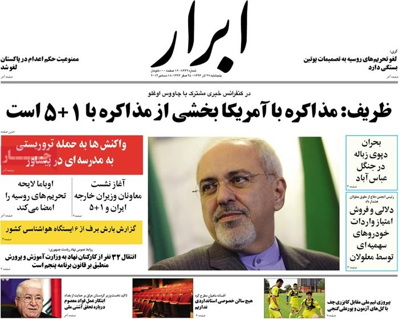 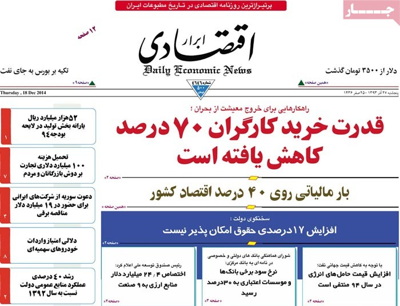 Afarinesh: “Thanks to the mismanagement of the past, the development budget has been undermined,” said Speaker of the Islamic Consultative Assembly Ali Larijani. 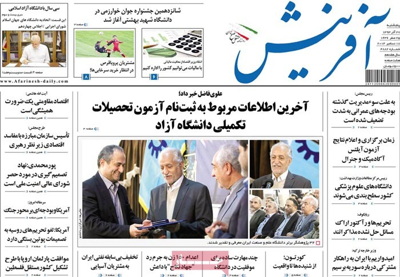 Afkar: Saudi Arabia has declared an oil war on Iran and Russia. 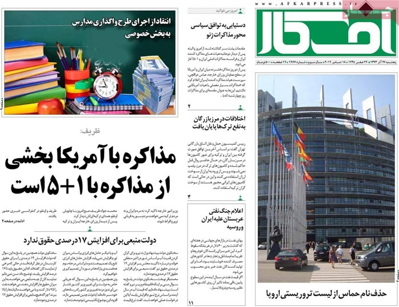 Arman-e Emrooz: “Tolerance for opposing views should be raised,” said Seyyed Hassan Khomeini, the grandson of the founding father of the Islamic Republic. 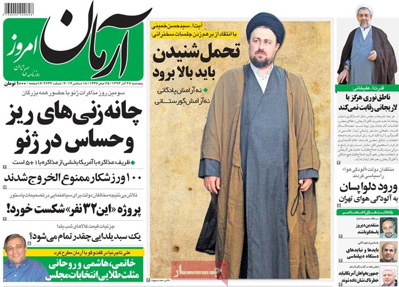 Asrar: “In universities neither the graveyard quiet is good, nor the quiet that is typical of garrisons,” said Seyyed Hassan Khomeini, the grandson of the architect of the Islamic Republic.

Asrar: “Only 40 percent of [individuals and institutions that make up the] economy pay taxes,” said the director of the State Tax Organization.

Asrar: “The Worriers [supporters of the former President Ahmadinejad who are bitterly opposed to the policies of President Rouhani and keep sounding alarms about anything his government does] need not worry about nuclear talks,” said Mohammad Reza Bahonar, a [Principlist] deputy speaker of the Islamic Consultative Assembly. 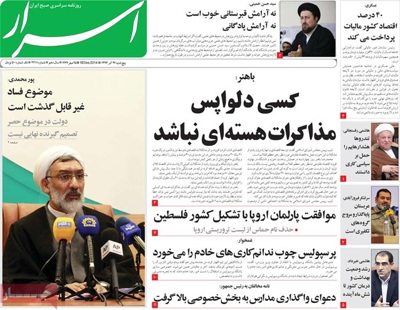 Ebtekar: Reaction to an economic allegation. Reports that $4.1 billion has been withdrawn from the National Development Fund are false.

Ebtekar: “The stage is set for a deal [with P5+1],” said Foreign Minister Mohammad Javad Zarif. 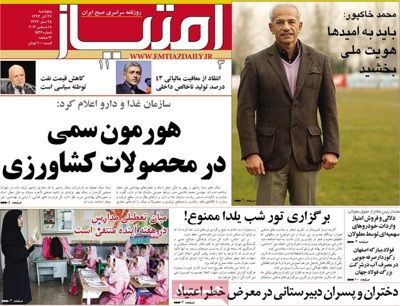 Etemad: The US-Cuba Cold War has ended. Washington and Havana are to reestablish diplomatic ties after five decades.

Etemad: “No one will lose as a result of a deal [between Iran and P5+1]” Foreign Minister Mohammad Javad Zarif told a joint press conference with his Turkish counterpart. 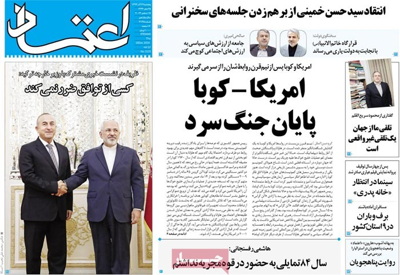 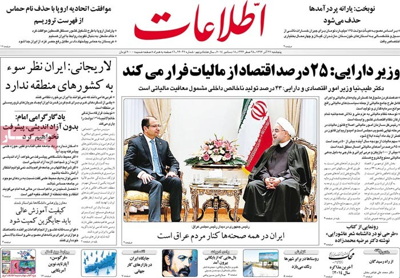 Iran: Handicrafts are more appreciated by foreigners than Iranians themselves. Jomhouri Islami: “The Takfiri movement thrives on division among nations and on insecurity,” the chairman of the Expediency Council told the Iraqi top MP.

Jomhouri Islami: “Ensuring security during Arba’een ceremonies was a manifestation of the power of the Iraqi government and people,” President Rouhani told the Iraqi parliament speaker. 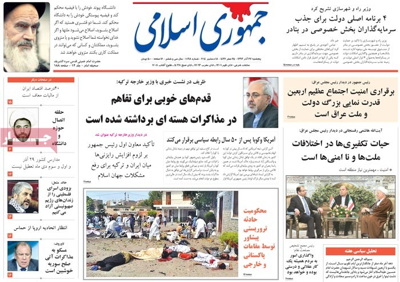 Kaenat: Hamas has been taken off Europe’s list of terrorist entities. 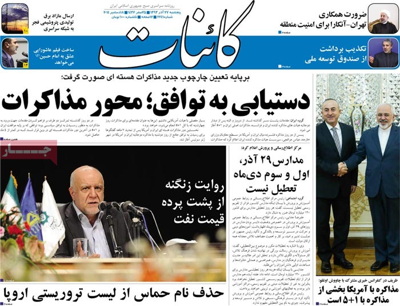 Kayhan: The heinous massacre of Pakistani children at the hands of the Taliban has drawn international condemnation.

Kayhan: News of an imminent grand assault by the Iraqi army has sent IS Takfiri leaders fleeing Iraq’s Saladin Province. 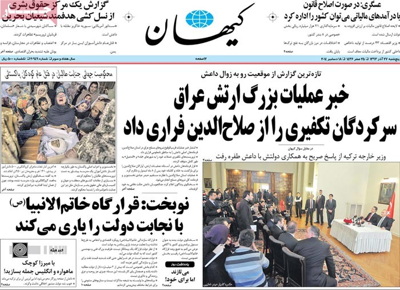 Roozan: “Reformists have no problem with Larijani and his associates,” said the parliamentary advisor to the chairman of the Expediency Council. 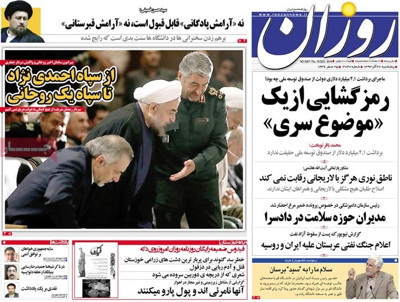 Sayeh: “Iran stands ready to help Pakistan fight terrorism,” said President Rouhani in a message to the Pakistani prime minister following a school massacre in Peshawar at the hands of the Pakistani Taliban terrorists. 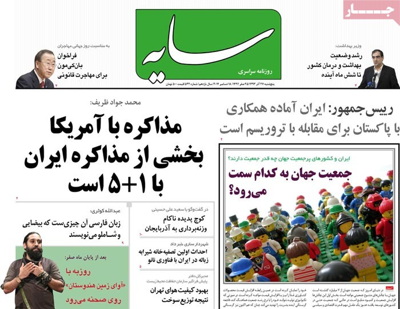 Shahrvand: “Between 500 and 1,000 saplings have been planted along Tehran’s most beautiful street: Valiasr.”

Shahrvand: The secretary general of the International Federation of the Red Cross and Red Crescent has said that the potential of the Iranian Red Crescent Society should be tapped into to promote peace. 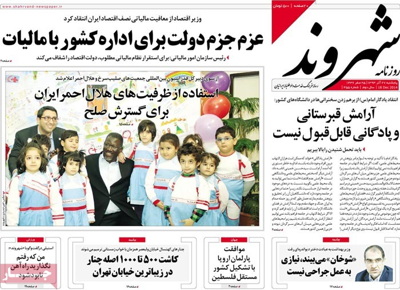