A look at Iranian newspaper front pages on Dec. 15

News about the passing of veteran Iranian actor Anushirvan Arjmand due to a heart condition was on the front pages of most Iranian dailies, reformist and principlist alike, on Monday. The continuous decline in oil prices and ongoing protests in the US against police brutality also made headlines.

Afarinesh: The Iraqi parliament speaker is expected in Iran [Tuesday at the invitation of the speaker of the Islamic Consultative Assembly]. 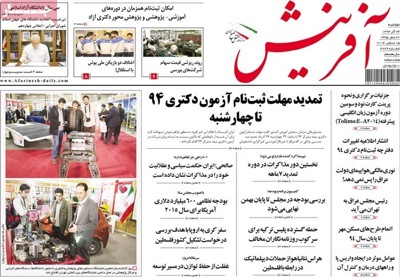 Afkar: “Iran has the latest generation of centrifuges,” said the director of the Atomic Energy Organization of Iran. 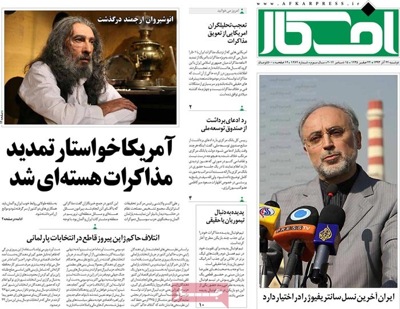 Aftab-e Yazd: With oil prices plunging to $57 a barrel, the government has problem with its development budget.

Aftab-e Yazd:[Former Vice-President Mohammad Reza] Aref has hailed President Rouhani, saying, “Your commitment to the promises you made about the Ministry of Science is praiseworthy.” 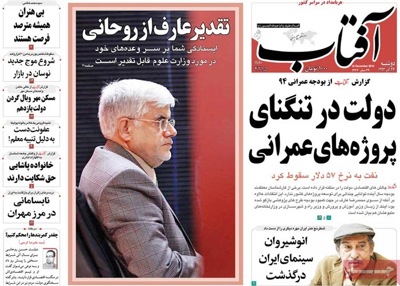 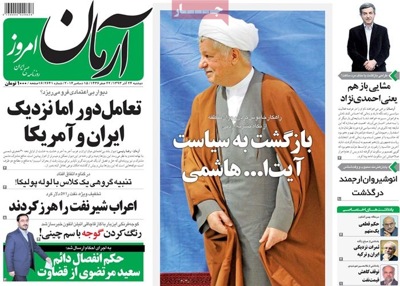 Asr-e Eghtesad: Car production registered a 60 percent growth in the month to November 21 over the corresponding period last year. 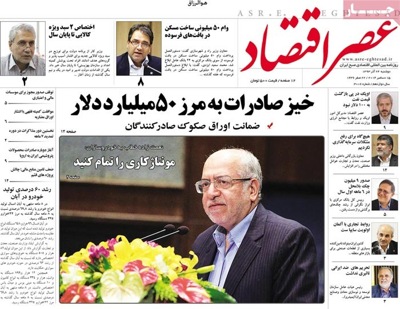 Asr-e Iranian: The health minister has ordered deans of med schools to discharge hospital administrators who are not fully committed to their responsibilities.

Asr-e Rasaneh: The governor of the Central Bank of Iran has dismissed reports that the National Development Fund has been [illegally] tapped into. 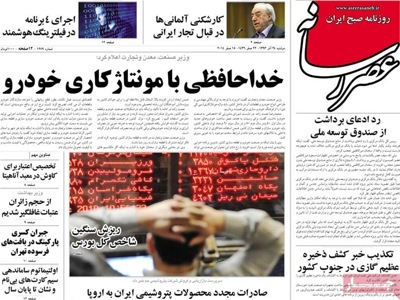 Asrar: The minister of science has said that the presidents of 34 universities will be named soon. 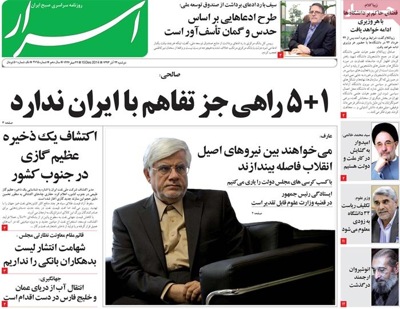 Ebtekar: “A vast gas field has been discovered in the south,” said a senior manager at the National Iranian Oil Company.

Ebtekar: “Extension of nuclear talks came at the request of the Americans,” said Ali Akbar Velayati, an advisor to the supreme leader. 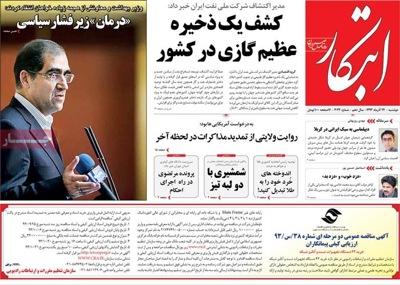 Farhikhtegan: Hadi Shafiee, an Iranian scientist, has won the Bright Futures Prize in the United States. 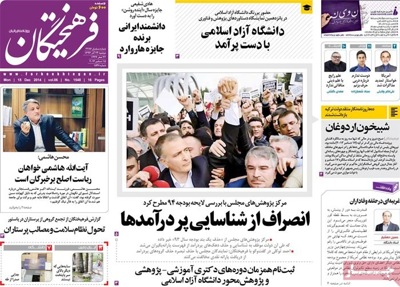 Hadaf va Eghtesad: The minister of industries, mines and trade has said the Iranian automotive industry should bid farewell to assembly of foreign-made cars. 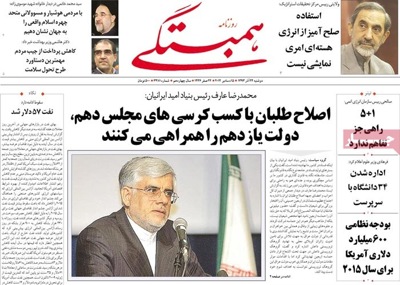 Hemayat: Protest rallies against modern-day slavery have been held in New York and Washington DC.

Hemayat: The amount of loans banks provide to those involved in the manufacturing sector has shrunk. 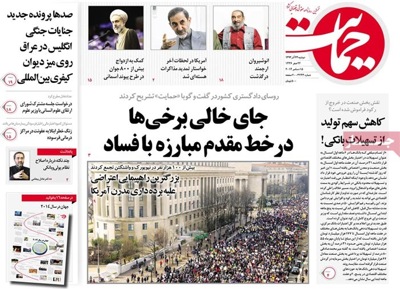 Iran: “P5+1 have no choice but strike a deal [with Iran],” said the director of the Atomic Energy Organization of Iran. 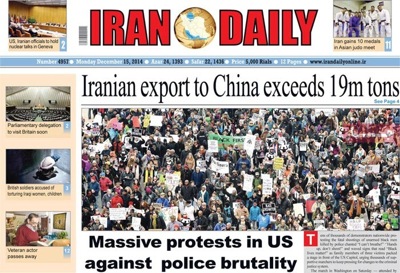 Javan: Pay-to-get-exemption is the best way for [football] clubs to keep [draft-dodging] players on the pitch. 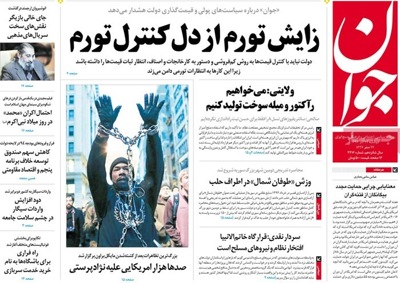 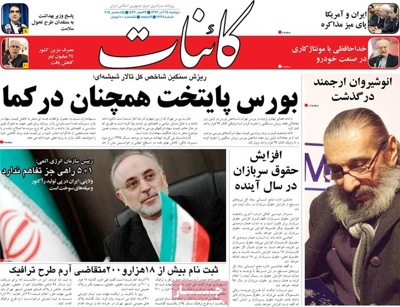 Qods: A 30th exhibition on the country’s nuclear achievements has opened. 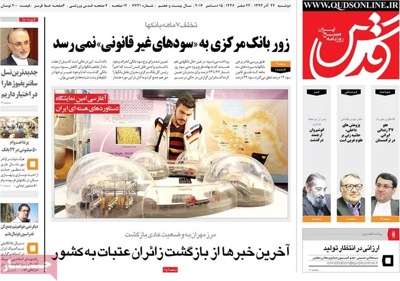 Roozan: “Sometimes MPs have to pay bribes too,” is part of the comments of a member of the Islamic Consultative Assembly about corruption in the country. 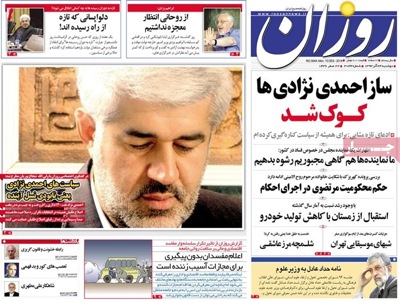 Sayeh: The British parliament wants the UK embassy in Tehran to reopen. 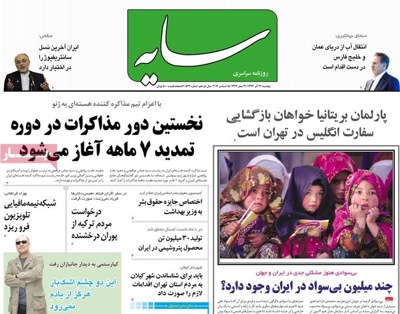 Sharq: “As many as 144 soccer players have been banned from leaving the country following a corruption scandal.”

Sharq: In Turkey 20 journalists and opposition members have been arrested. 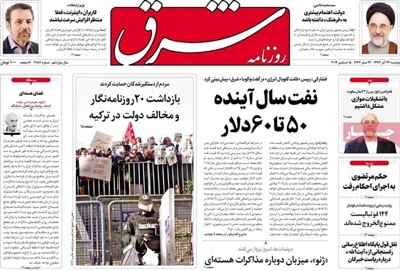 Tehran Times: “No UF6 will be injected into IR8 centrifuges during talks,” said the director of the Atomic Energy Organization of Iran. 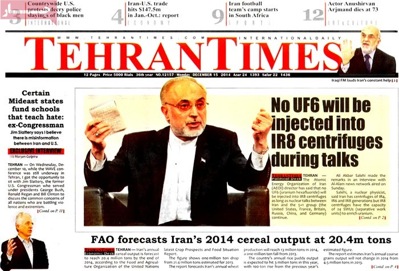