A look at newspaper headlines across the country on September 6

The comments Supreme Leader Ayatollah Ali Khamenei made at a meeting with members of the Assembly of Experts on Thursday were on the front page of almost every newspaper on Saturday (September 6). Depending on their political leanings, different dailies headlined the story differently. For instance, Javan newspaper, which is close to principlists, quoted the leader as saying, “We need to get ready to play a role in a new world order.” Tafahom cited Ayatollah Khamenei as saying, “Differences over political approaches shouldn’t chip away at [national] unity.” Another headline-grabbing story centered on bilateral talks between Tehran and Washington underway in Geneva prior to negotiations later in September between Iran and P5+1 in New York.

Ebtekar: “Everyone has a duty to support the government,” the Supreme Leader told members of the Assembly of Experts. Following those comments a number of principlists, who have been widely known for their caustic criticism of the 11th government ever since it took office in August 2013, toned down their rhetoric.

Ebtekar: City of Mice, the latest movie by Marziyeh Borumand rakes in over one billion tomans at the box office in a little more than a week. The puppet show, which makes many Iranians feel nostalgic, has thrown a lifeline to Iranian movie theaters.

Ebtekar: “Where does Hashemi stand in the establishment?” is the title of the newspaper’s editorial by Mohammad Ali Vakili who says in the early years of the revolution Hashemi Rafsanjani was the target of anti-revolutionary elements and later came under attack from hardliners within the establishment. But he managed to ride out the storm and remain part of the system. 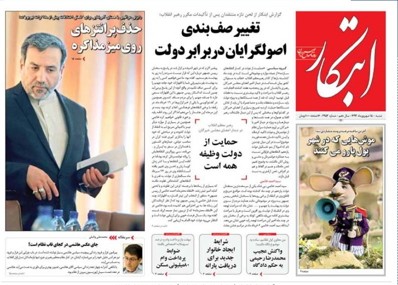 Ettela’at quotes Oil Minister Bijan Namdar Zanganeh as saying that sanctions are no longer as serious an impediment to the Iranian oil industry as they used to be.

Ettela’at:“President Hassan Rouhani has praised Iranian sportsmen and women who have struck medals at international events.” 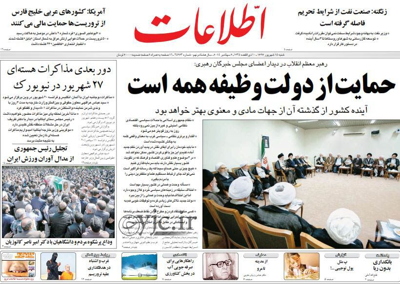 Tafahom: “News websites which do not have license to operate will be closed down,” deputy Minister of Culture and Islamic Guidance Hossein Entezami said. Javan: “Controversial handover of public schools to the private sector.” This headline takes a swipe at the Education Ministry for its decision to hand over some public schools to founders of non-governmental education institutes and says while such a decision could be ideal in reducing the dependence of the education system on state budget, commercialization of educational services is anything but.

Javan, which makes no secret of its critical view of the government and uses every opportunity to imply that nuclear talks with P5+1 would lead nowhere, puts the Iranian deputy foreign minister and his US counterpart on its front page. The image in which the two diplomats are in a face-to-face posture is captioned, “Nuclear talks are not the same as reestablishing ties with the US.” 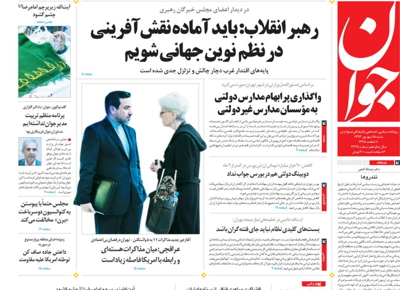 Roozan: “Some 1,800 Iranian workers died in workplace accidents in the 12 months to March 21, 2014. Almost 90 percent of them had no insurance,” the deputy minister of labor said. 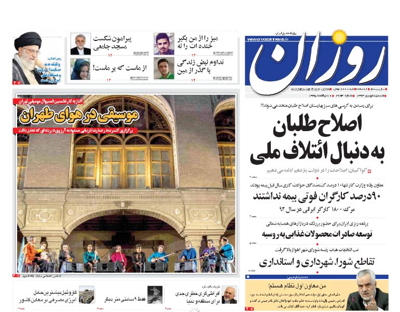 Haft-e Sobh: “The mystery surrounding an Iranian general” is the title of the daily’s lead story which says foreign news outlets keep reporting that Iran’s Ghasem Soleimani [commander of the IRGC’s Quds Force] plays a role in the fight against ISIL militants in Iraq, but Tehran does not confirm the news. 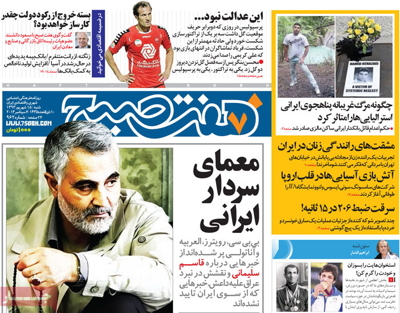 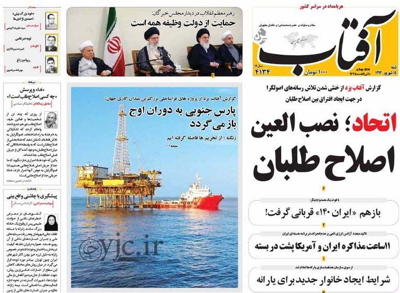 Abrar: “The antidote to Western media onslaught is clarification and reasoning,” said the Supreme Leader in a meeting with the members of the Assembly of Experts.

Abrar: “Repeated attempts by pirates to commandeer an Iranian oil tanker have been foiled by the Iranian Navy.”

Abrar: “Mr. Ejei, you shouldn’t have gone public with a ruling which is subject to appeal,” the vice president under Mahmoud Ahmadinejad has said in reaction to an announcement by the judiciary spokesman that Mohammad Reza Rahimi has been convicted of fraud and sentenced to prison term and fines. It seems the former VP, who is widely known by his initials – M. R. – in the Iranian press, hopes to have the verdict overturned on appeal. 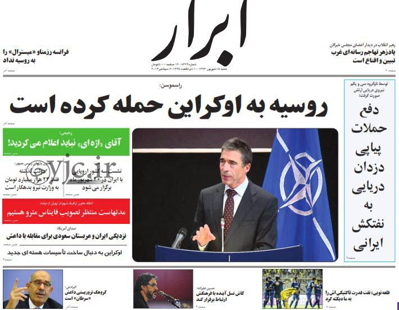 Asrar: “Over one billion dollars in frozen Iranian assets has been released,” the Central Bank of Iran said.

Asrar:“No impeachment is on the agenda of the Islamic Consultative Assembly,” said MPMohammad Hassan Abutorabi-Fard. Etemad: “Joyfulness is the inalienable right of all of us,” President Rouhani said at a ceremony to praise athletes. 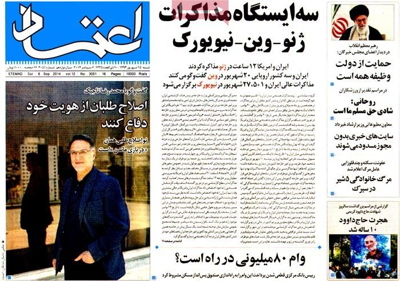 Iran: Iranians bid final farewell to Amir Nasser Katuzian, who was widely known as the father of Iranian law. 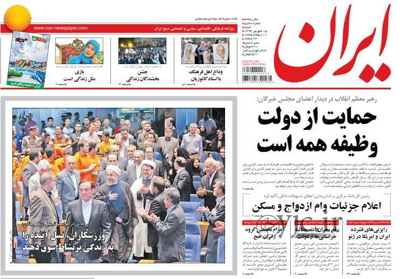 Banifilm: An Iranian documentary has won the People’s Choice Award at the Montreal Film Festival. 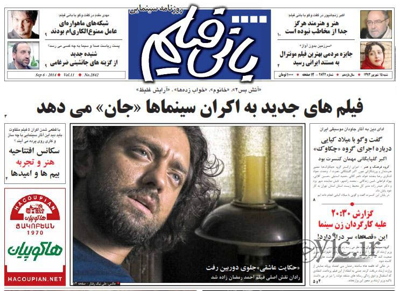