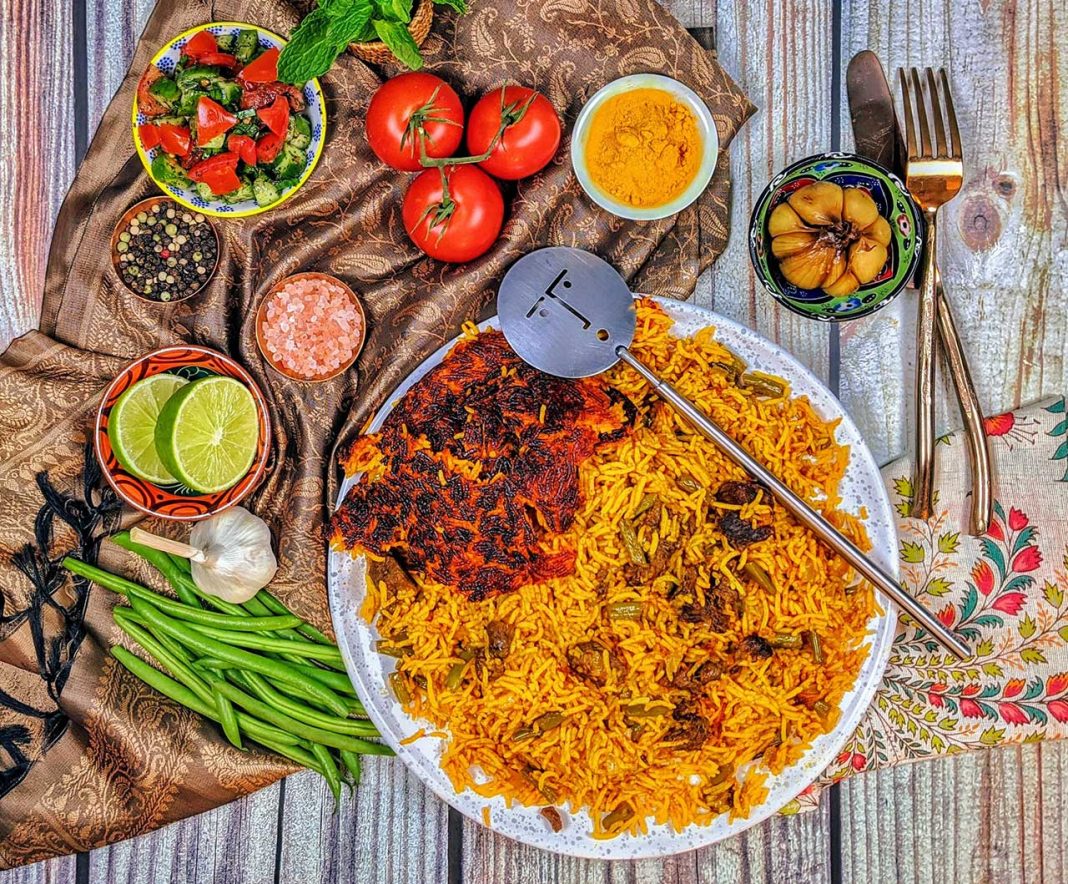 The recipe for Loobia Polo, which is an extremely delicious Iranian dish, has been prepared for you in this article from the IFP News site. 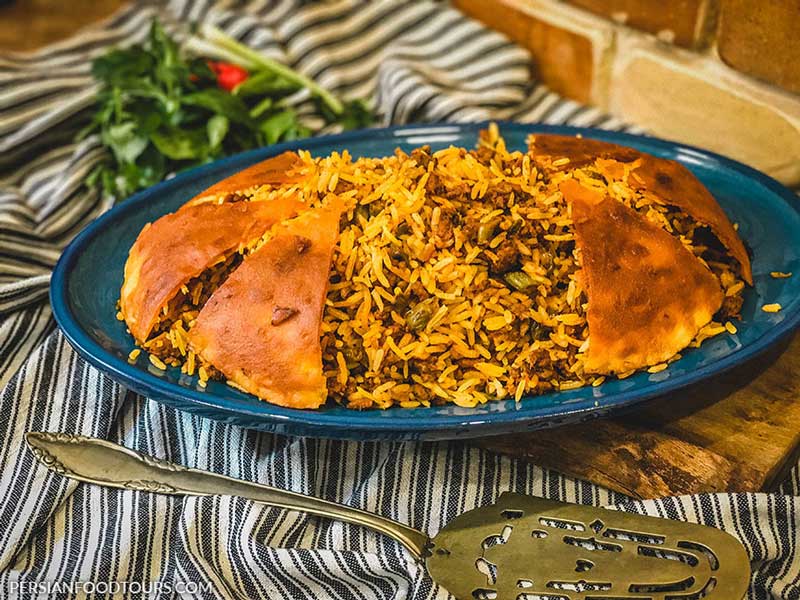 1. Fry the onions in a pan with salt, ground black pepper, and turmeric until they turn golden brown. Put the green bean pieces in the pan and fry them for about 10 minutes.

Add in the minced beef and fry it until it turns brown. Spoon in the tomato paste and mix it well with other ingredients in the pan. It should be fried with the mixture until it turns deep red; stir it frequently to prevent it from burning. Add the puréed tomatoes to the mix and fry it for a few minutes.

Then you can add some water to the mixture to let the meat and green beans cook. The final sauce should be thick, otherwise your mixed rice will turn mushy by the time the meal is ready.

2. Rinse the rice with lukewarm water a few times, then soak it for a few hours in water to which four tablespoons of salt has been added. Bring some water to a boil in a pot and then add some salt to it. Drain the salt water from the rice and add the rice to the boiling water. Leave the rice in the boiling water until it is al dente.

The rice should be neither too hard nor too soft; it should be firm and slightly chewy. Avoid overcooking the rice. Strain the rice in a colander and then rinse it with water to let it cool off.

5. Add a few spatulas of the rice into the pot over the potato slices and cover it with a layer of sauce. Put a pinch of cinnamon over it and pour a few spoons of saffron and oil on top of them.

Repeat layering until no rice and sauce are left. You don’t need to mix the rice with the sauce thoroughly while layering.

Wrap the lid in a piece of cloth and put it on the pot. The cloth won’t let the steam find its way out of the pot. It also absorbs drops of water formed as a result of condensation.

To help the steam form, turn up the heat for a few minutes and then turn the flame down.

Be careful not to burn the potato slices. By the time the food is ready, they should be crispy and golden. The mixed rice usually takes about an hour over a low heat to cook.

1-Take one cup out of the desired amount of rice and replace it with one cup of smoked rice. This will improve the flavor of your Loobia Polo and make it much more delicious.

2- You can use diced chicken for Loobia Polo if you like. After frying the onions, add the chicken to the onions and fry. But this Persian dish is more delicious with red meat.

3- Instead of chopped meat, you can also prepare this dish with minced meat. To do this, after frying the onions, add minced meat and after frying, follow the rest of the mentioned steps.

4-When your rice is almost ready you can melt some butter or clarified butter and pour it on the rice to make it fragrant.

5- You can add special spice to your Loobia Polo but dried Damask rose powder or cinnamon powder is enough to make this dish fragrant.

Do not add cinnamon powder to your beans and meat mixture as it darkens it and therefore darkens the whole dish. Make sure you use cinnamon sticks.

6- Before draining the rice, you can put some bread or potatoes on the bottom of the pot to have a unique Tahdig.