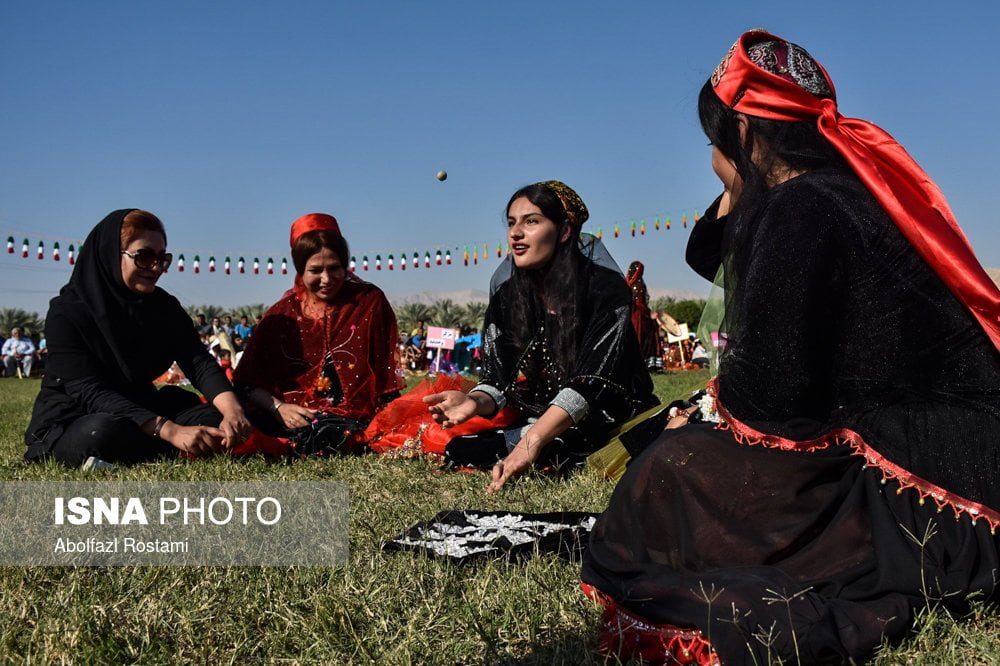 A festival of local games has been held in the city of Dalaki in Dashtestan County of Bushehr Province, southern Iran, on March 5.

Rituals related to harvesting, local wears, and the supplications for rain were among the interesting parts of the festival.

However, one of the most fascinating events was the traditional “Wedding of Bushehr”. In this ceremony, the bride and groom’s families circle around the newly-weds in local clothes and carry the dowry of the bride and the wedding tableware while the local music and dance are being performed.

Then it is time for “Beard-shaving Ceremony” in which the families of bride and groom turn around a seat on which the groom is seated. They start giving him gifts of money and the rest of the guests do the same as well. The bridegroom, who has a green piece of cloth tied underneath his neck, collects the money and then according to the customs, this money is handed over to the barber.

After having a haircut and beard shaving, he is carried on the shoulders of a person who turns around and expresses joy.

What follows are the photos of this interesting festival retrieved from ISNA: