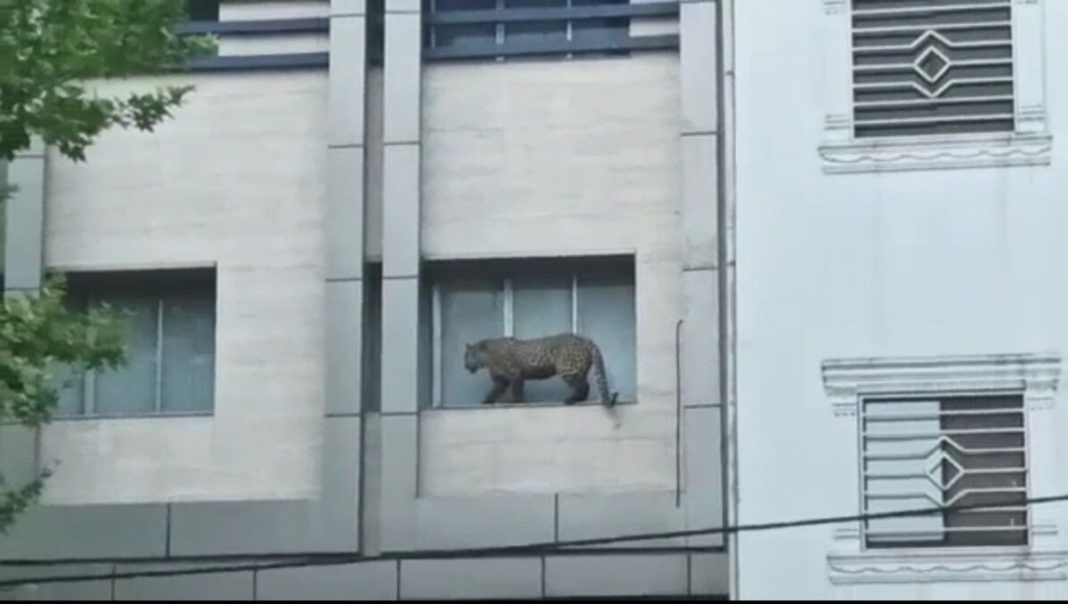 A panicked leopard, seeking food in a northern city in Iran, has died after a police officer fired a tranquilizer at it.

The leopard had gone on a rampage in the city of Qaemshahr in Mazandaran Province. Authorities say the rare animal died because of injuries it had sustained before police tried to catch it alive.

The Environment Protection Organization of Mazandaran Province said the leopard had come to the city in search of food from the surrounding forests.

Authorities in Iran are strongly urged against taking any action that could harm rare animals like this leopard.

Leopards are strongly protected in the country as they are said to be on the cusp of extinction.