Leader’s call for a one-stage deal is meant to prop up the talks: Former negotiator 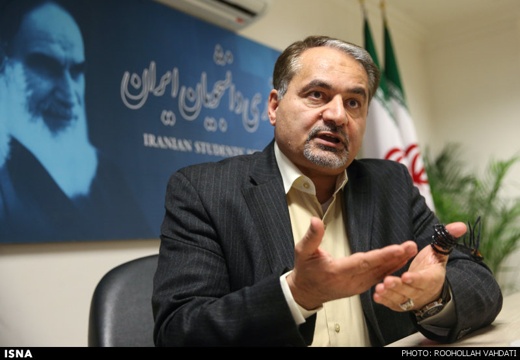 Hossein Mousavian said the Supreme Leader's instructions are meant to boost the likelihood of a sustainable deal at nuclear talks with P5+1.

The emphasis of the Supreme Leader that any nuclear deal with P5+1 should encompass both general principles and details is a realistic, wise piece of advice to boost the likelihood of a sustainable deal at the talks, former Iranian nuclear negotiator Hossein Mousavian said Tuesday. The following is a partial translation of what else he told the Iranian Students News Agency on February 10:

Mousavian described Iran’s measures in line with Geneva deal as rational, and said I believe the Supreme Leader has always been in favor of a deal. “Unfortunately, there is a mysterious current that seeks to instill in the court of public opinion a feeling that the Iranian leadership is against a deal. That is meant to set the stage for leaving the blame on Iran’s doorstep in case the talks fail, or if sanctions are ratcheted up or even a war breaks out.”

He went on to say over the past five years he has said in many interviews and articles that the leader has always supported a fair deal. “But a deal that would deprive Iran of its rights under the Nuclear Non-Proliferation Treaty won’t be acceptable to him.”

He concluded, “That the leader wants the deal in one go is because evil forces are hard at work behind the scenes to foil the talks. In case a two-stage deal is struck, they would go into overdrive to hammer the process, so I think the instructions of the leader are in line with the success of the talks not their failure.”