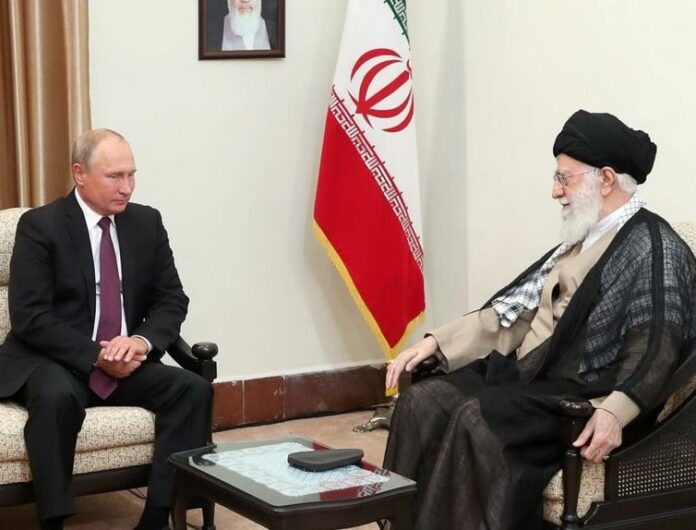 The Leader of the Islamic Revolution Ayatollah Seyyed Ali Khamenei says the US sanctions can help Iran, Russia and Turkey expand their cooperation.

In a meeting with visiting Russian President Vladimir Putin and his entourage on Friday, Ayatollah Khamenei said the Americans have suffered real defeat in Syria and failed to achieve their objectives there, and that the developments in Syria are a clear example of reining in Washington.

He elaborated on the goals of the United States when the developments in Syria had begun to unfold, especially after the ouster of US-affiliated governments in Egypt and Tunisia.

“The Americans intended to capitalize on the situation in Arab countries at the time to make up for the blow dealt to Egypt and Tunisia by ousting the pro-resistance government in Syria, but now they have completely failed,” he noted.

Ayatollah Khamenei said US sanctions on Iran, Russia and Turkey are a very strong common point for the enhancement of cooperation.

“The Islamic Republic of Iran and Russia should not only boost political and economic cooperation, but seriously follow up on the agreements reached at the Tehran meeting,” said the Leader.

Elsewhere in his remarks, the Leader expressed hope the trilateral meeting held between the presidents of Iran, Turkey and Russia in Tehran will be fruitful, stressing the need for enhancing mutual cooperation.

“Cooperation between Iran and Russia on the issue of Syria is a potent example of, and a very good experience as a result of bilateral cooperation, which, in the true sense of the word, means synergy,” said the Leader.

Ayatollah Khamenei said Iran and Russia can boost their cooperation on global issues as well.

“One area for mutual cooperation is to rein in the US because America is a danger to humanity and it is possible to contain it,” said the Leader.

The Leader also touched upon Putin’s comments on the Iran nuclear deal known as the Joint Comprehensive Plan of Action (JCPOA).

“The Islamic Republic of Iran has, so far, remained fully committed to its obligations under the JCPOA, but they failed to keep their side of the bargain,” said the Leader.

The Russian president, in turn, said he and his Iranian counterpart Hassan Rouhani held very fruitful talks on bilateral issues, namely the enhancement of economic cooperation, as well as on the issue of Syria.

Among other issues discussed, said Putin, were proposals to launch a new nuclear power station project as well as increasing Iran’s oil sales.

Putin also expressed dismay over Washington’s efforts to impose restrictions on Iran’s financial transactions as well as its withdrawal from the JCPOA.

He said the Europeans ostensibly claim to be seeking ways to preserve the Iran nuclear deal, but, in fact, obey Washington because they are dependent on the United States.