Leader urges all who love Iran to take part in elections 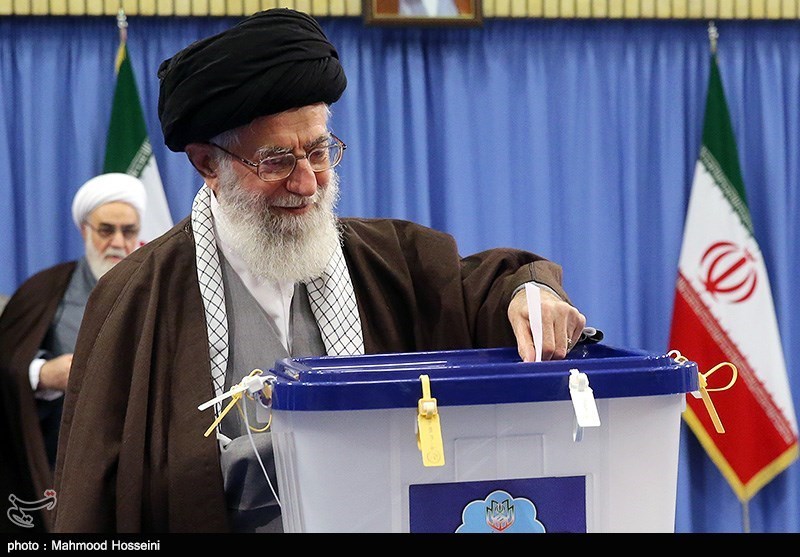 Supreme Leader of the Islamic Revolution Ayatollah Seyyed Ali Khamenei said on Friday that current election is of prime importance and any Iranian who loves their country should go to the polling stations and cast their ballots as the elections bring the country glory and dignity.

In Islamic teachings, it has been recommended to take immediate action in carrying out good deeds, the supreme Leader said.

Election is always of prime importance but at certain junctures, it might be much more important, said Ayatollah Khamenei.

‘I advise people from all walks of life to partake in these elections’, said the Supreme Leader.

Iranians went to the polls in over 1,063 constituencies for the fifth round of the Assembly of Experts and the tenth parliamentary elections .

Polling starts in over 1,063 constituencies nationwide.

A total of 4,844 candidates, including about 500 women, who have been qualified from amongst 12,000 registered candidates by the Guardian Council, are taking part in the competition today to occupy parliamentary seats while the number of those competing for 88 seats at the Assembly of Experts is 159.

Casting ballots will continue till 18:00 local time and will be extended, if deemed necessary.