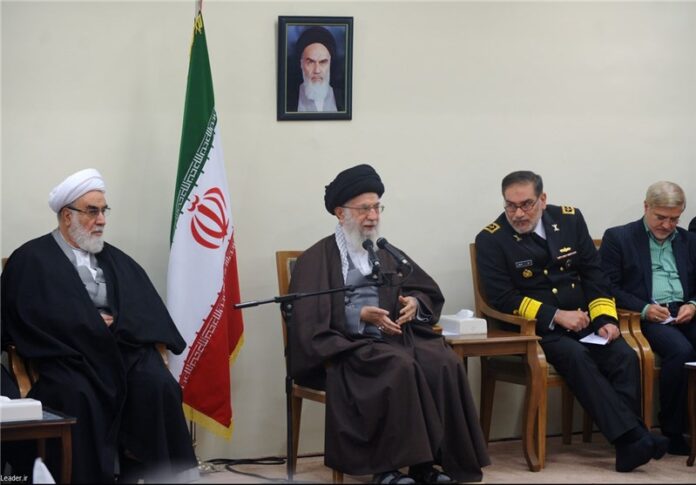 In a Wednesday meeting with secretary of the SNSC and its secretariat’s staff, Ayatollah Khamenei warned against the “new and complicated schemes” launched by adversaries, including the cyber-space plots aimed at undermining Iran’s security and causing destructive cultural and social effects.

While the fight against the arrogance has been in place since the establishment of the Islamic Republic 37 years ago, “the battle has become more difficult and sensitive today,” the Leader underlined.

Imam Khamenei then called for the SNSC’s unwavering efforts and expert work on the basis of the revolutionary thoughts to make appropriate decisions to fight off the new, complicated anti-security plots.

The Supreme National Security Council’s main duty is to develop an inclusive view of security in Iran, which does not include only military issues, but also covers economic, cultural, political, social, psychological and moral aspects, the Leader stated.

Ayatollah Khamenei then insisted that the SNSC’s function should fully comply with the Islamic Revolution’s orientations, which have been made clear in the remarks of late founder of the Islamic Republic Imam Khomeini.

The SNSC in Iran determines the defense and national security policies of the country within the framework of general policies outlined by the Leader.