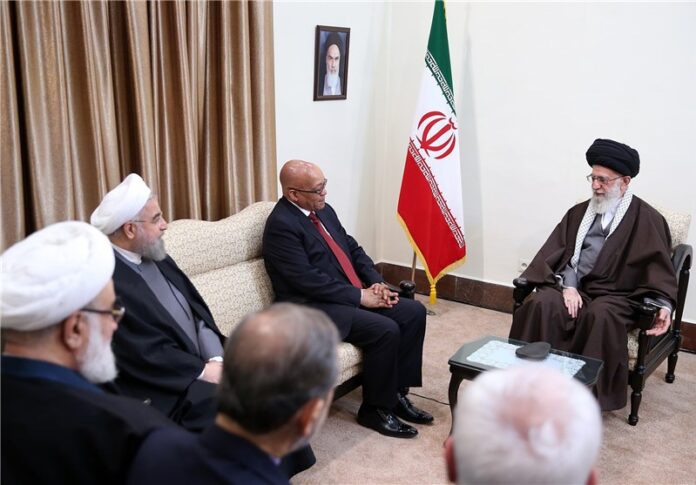 Independent states should establish closer ties regardless of efforts underway by the hegemonic powers to disrupt the trend, Leader of the Islamic Revolution Ayatollah Seyed Ali Khamenei said Sunday.

“The interests of independent states depends on closer cooperation in different sectors and the obstacles certain powers are raising against such cooperation should be countered,” the Leader said.

The Leader further described the relations between Iran and South Africa are very warm, but at the same time noted that economic and trade ties between the two sides should match their existing capacities.

Also at the meeting, Zuma reiterated the necessity for cooperation between independent nations.

He reminded Pretoria’s stances towards Iran, and said the country had opposed the sanctions the Western governments imposed on Iran.

Zuma said there is now proper ground for cooperation between the two countries, adding that his country will restart economic and trade ties with Iran.