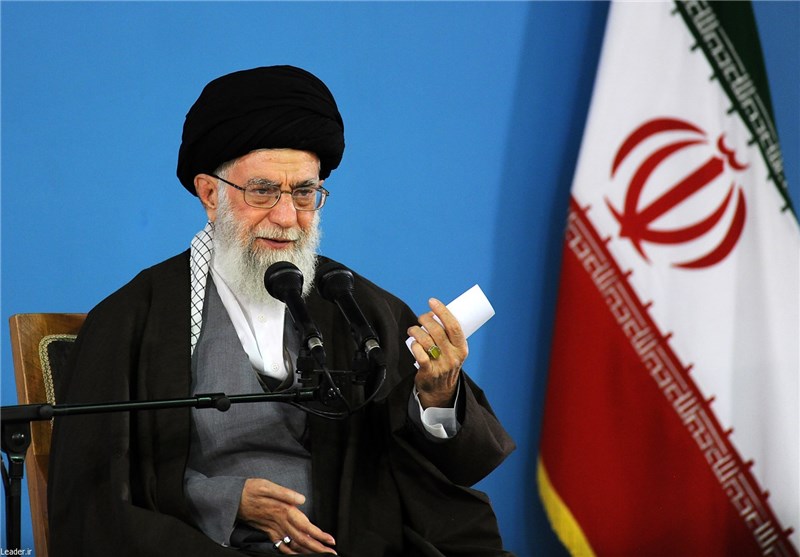 Leader of the Islamic Revolution Ayatollah Seyed Ali Khamenei admired the Iranian athletes who safeguard the religious and moral values in the sports events, irrespective of the delusive wave that may prevail in the international arenas.

The meeting had been held in Tehran on January 11, but the Leader’s comments were made public on Tuesday, at a gathering in Tehran’s Azadi Sports Center.

As regards the admirable works of the athletes, Ayatollah Khamenei pointed to the competitors who loudly ask for help from God or prostrate themselves after winning a match.

What is even worthier than standing on the championship stage or raising of the country’s flag is an Iranian athlete’s refusal to wrestle with a Zionist Israeli opponent or a female athlete’s decision to attend the medal award ceremony while respecting the Islamic code of dressing and wearing hijab, Imam Khamenei underlined.

The Leader also pointed to the symbolic influence of young champions on people, noting that the athletes’ behavior, manners and lifestyle could affect the society and steer it towards religion and morality.

All female athletes representing the Islamic Republic attend the sports events with hijab. Moreover, Iranian medal-winners refuse to shake hands with the opposite sex, a move prohibited under Islamic teachings.