Leader asked me to share my concerns with no consideration: Zarif 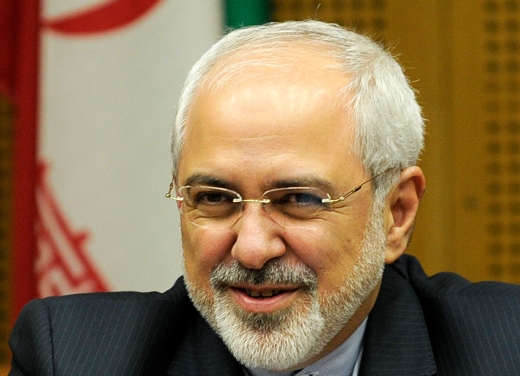 Failure to act on the conditions that have emerged in the wake of the nuclear deal will either see the opportunity slip away or will turn it into a threat, Zarif said.

The release by the UN nuclear chief of a report on Iran’s nuclear program has once again put the nuclear case and the team led by Foreign Minister Mohammad Java Zarif under the spotlight.

On December 6, Vaghaye-e Etefaghiyeh published a wide-ranging interview with the top diplomat that covered the Iran nuclear deal, the country’s foreign policy and interactions between the foreign minister and the Supreme Leader.

The following is the translation of the interview conducted by the daily’s Saeed Seif: [The questions below are those of IFP and not the daily].

Will the Joint Comprehensive Plan of Action outlive the Obama presidency?

Zarif: US sanctions against Iran have been in place for 35 years. When American clout was at its peak in the 90s, these sanctions drew opposition from US allies.

In the 90s the US passed the Iran Sanctions Act introduced by Senator Alfonse D’Amato under which anyone who invested beyond a certain amount in Iran’s oil and gas industries would be subjected to sanctions. Total, Shell, ENI and a number of other oil giants would not abide by that law. Some European countries and American allies even threatened to file a complaint against the US with the World Trade Organization if Washington opted for transnational penalties

The question here is what enabled the Americans – over the last 10 years – to build an international consensus to impose sanctions on Iran?

A global anti-Iran consensus took shape and manifested itself in the resolutions of the UN Security Council. That was how the US lent international legitimacy to the sanctions at the Security Council. When those resolutions were being issued, the US Congress voted for another law under which sanctions would be imposed on any country caught selling oil products, including gasoline, to Iran. Even the closest friends of Iran stopped selling gasoline to us.

If the future president of the United States decides to take measures against JCPOA, s/he would need to build another international consensus and overhaul the atmosphere created in the post-JCPOA era. In other words, it would be back to the 90s for us when the international atmosphere [against Iran] was not charged.

The international consensus to slap sanctions on Iran over the past few years has been replaced with consensus to cooperate with Iran. In other words, it would not be plain sailing for hardliners pushing for sanctions against Iran.

Of course, one cannot offer guarantees about the behaviors of others down the line. What is certain though is that the nuts and bolts of centrifuges will be back in place even faster than the re-imposition of sanctions.

Of course, in nuclear talks we acted in a way that proved our hands wouldn’t be tied in case the other side fails to keep its end of the bargain. In the talks, we were pursuing a number of well-defined goals. We wanted to replace the Iranophobia atmosphere to be able to say who and what the real threats were.

Those who were opposed to JCPOA, that is to say Daesh and the Zionists, pose a real threat to the region. In other words, they are the ones who are cause for concern, not us. We shouldn’t allow those who helped create Daesh and Alqaeda cast Iran as a threat to regional interests. Also, we should not allow the Zionist regime which has nuclear weapons and commits all manner of human rights violation to identify Iran as a threat.

Is JCPOA an opportunity or a threat that might pave the way for infiltration?

Zarif: The Joint Comprehensive Plan of Action has created a new status for Iran in the region and in international equations. We need to make the most of these new conditions. The Joint Comprehensive Plan of Action is an opportunity for us; failure to act on the conditions that have emerged in the wake of the nuclear deal will either see that opportunity slip away or worse, will turn it into a threat.

If you put on your pessimistic glasses, you’d grade JCPOA 5 on a scale of 1-100; if you have your optimistic glasses on, you’d give it 95. Failure to tap into the conditions that have emerged in the wake of the deal will see that score plunge to 0. If we are at each other’s throats, we’d get nothing. But if we make plans and take the initiative, plenty of opportunities will lie ahead.

What is the difference between the foreign policy of the executive branch and that of the establishment?

Another important issue the Supreme Leader emphasizes is that the Foreign Ministry should not identify itself simply as a ministry, in light of the fact that it steers the foreign policy of the establishment and is the external half of the government. [In line with those comments] the Foreign Ministry acts as a facilitator for the presence overseas of other institutions. We also believe that our embassies overseas should facilitate the works of the private sector and investors.

What impact does difference of opinion with the leader have on implementation of policies?

Whenever I hold ideas I find worth sharing with the Leader, I either do so personally, or talk to those who are close to the Leader. During the years I was not at the Foreign Ministry [a reference to years of the Ahmadinejad presidency] I did not have direct access to the Leader, I never openly criticized the policies. I would convey my concerns through individuals I had access to.

In those years, I did convey my concerns about the Security Council resolutions and other policies and developments. I remember I gave a detailed report to Dr. Velayati [the Supreme Leader’s advisor] on my concerns with regard to Resolution 1929. I have always tried to share my views without any special consideration.

The most important thing I know is that when an international affairs researcher enters the field of diplomacy, they have two opposing responsibilities. One is to analyze things. A researcher should convey things objectively. The other is when you implement the decisions, you are not at liberty to make interpretations, rather you have to implement to the best of your ability the things you are tasked with, even if they are diametrically opposed to the ideas you hold.

If your conscience is troubled, the most you can do is to resign. You cannot act against the orders. I believe in analyzing things one should not imitate others; neither should they allow their personal interpretations to get in the way of implementing orders.