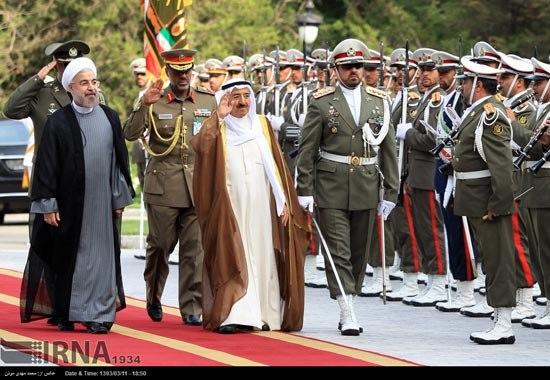 Iranian President Hassan Rouhani has offered condolences over the "heart-breaking" demise of Sheikh Sabah Al-Ahmad Al-Jaber Al-Sabah, the late Emir of Kuwait, and praised his “prominent” role in establishing balance and moderation in the region.

In a Wednesday message to Sheikh Nawaf al-Ahmad Al-Sabah, the new emir of Kuwait, President Rouhani said, “I hereby condole you, the Kuwaiti government and nation on the demise of the late emir, who played a significant role in establishing regional balance and moderation.”

He also wished divine mercy and blessing for Sheikh Sabah and patience and reward for the survivors.

Known as the “Wise Man of the Region”, Kuwait’s 91-year-old Emir died on Tuesday.
Born in 1929, Sheikh Sabah is widely regarded as the architect of modern Kuwait’s foreign policy.