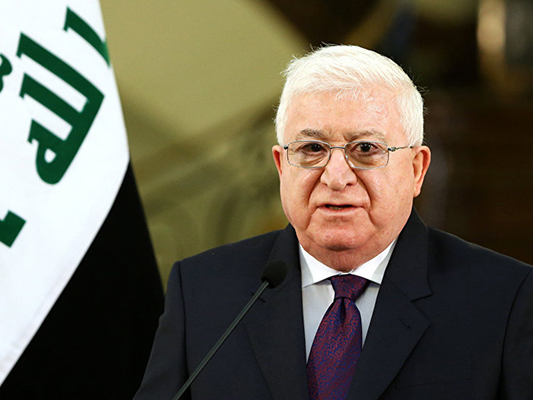 Iraqi President Fuad Masum, himself a veteran Kurdish politician, has warned against the plebiscite on the Iraqi Kurdistan’s independence, saying such plan is a dream that cannot be realized for now.

“Independence referendum in Kurdistan is an ambitious dream whose realization is not possible under the current circumstances in Iraq and the region,” Masum was quoted as saying by his advisor in a meeting with a number of delegations in Baghdad.

Masum said that “holding a referendum based on mutual understanding does not amount to a declaration of independence per se.”

“Iraq’s central government and the Kurdish region should look to the Constitution with a view to finding a middle ground,” said Masum, noting that Article 140 of the constitution is devoted specifically to “disputed territories.”

He further expressed the hope that Iraq would maintain its integrity, according to a Farsi report by ISNA.

On July 26, Iraqi Prime Minister Haidar al-Abadi said the upcoming referendum would constitute a violation of Iraq’s constitution and that referendum results would, therefore, be considered invalid.

In April, the representatives of the two main Kurdish parties of the Patriotic Union of Kurdistan (PUK) and Kurdistan Democratic Party (KDP) discussed the issue of a separation referendum and decided to hold the vote this year.

Masoud Barzani, the president of Iraq’s Kurdistan Regional Government (KRG), announced on June 7 that the vote would be held on September 25 in the three governorates that make up the Kurdish region and in the areas that are disputed by the Kurdish and Iraqi governments, including the disputed northern city of Kirkuk, Khanaqin, Sinjar and Makhmur.