Killing Innocent People Has Nothing to Do with Prophet Muhammad’s Teachings: Iran’s President 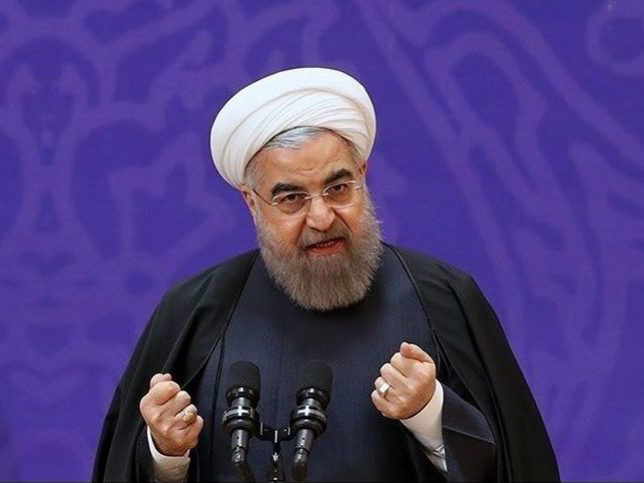 Iranian President Hassan Rouhani lashed out at those who slaughter innocent people in the name of Islam, and warned against plots to infiltrate into the minds of young Muslims and recruit them into extremist groups.

According to a report by IFP, speaking at the 30th edition of International Muslim Unity Conference held on Thursday in Tehran, President Rouhani said the bloodshed in Middle East has nothing to do with the teachings of Prophet Muhammad (PBUH), who was ‘the most influential man in the history of mankind.’

Here are highlights of his remarks:

– Muhammad (PBUH), the Prophet of Islam, was the most influential man in the history of mankind.

– Prophet Muhammad was the messenger of ethics and taught Muslims to respect all divine religions. He recommended Muslims to be united and have a peaceful coexistence with followers of other religions.

– Islam is a religion that complemented its predecessors. It has ordered us to join hands with all divine religions.

– Shiites and Sunnis have maintained their independence throughout the history by staying united against colonialism and division.

– Shiite and Sunni Muslims are brothers in faith and following of the Qur’an and the traditions of the great prophet of Islam.

– Shiite crescent or Sunni triangle, both are wrong. It is not Shiite or Sunni which are squared up against each other. It is rather the American Islam standing against the genuine Muhammadan Islam.

– It is not possible to kill innocent people and claim to be following the prophet of Islam.

– The big plot now is to attract the minds of young Muslims to deviant schools of thought.

– We will see one day that all Muslim countries will unite against the Zionist regime of Israel.

– Israel and regional murderers aim to frustrate Muslims, but they will soon be disappointed themselves.

The 30th edition of Islamic Unity Conference was kicked off on Thursday by President Rouhani in Tehran with religious thinkers and elites from more than 50 countries across the world attending the three-day event.