Khayyam’s ‘Seize the Day’ Philosophy Key to His Worldwide Fame 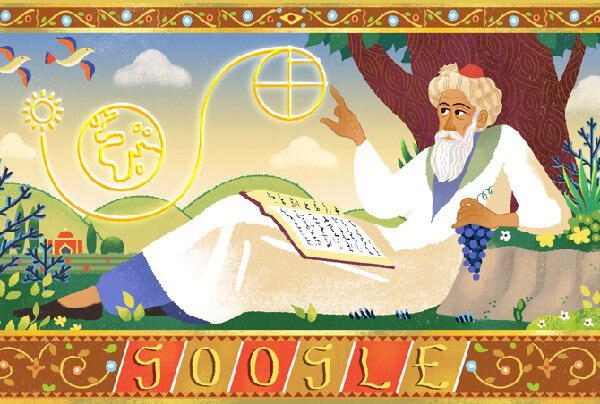 May 18 is the National Day to commemorate world renowned Persian poet, scientist, mathematician, and astronomer Omar Khayyam who lived during the Seljuk era (from 1048 to 1131).

Iranian poet Reza Esmaeili believes that the philosophy of “Carpe Diem” that could be seen in the life and poems of the Khayyam has made him globally known as a wise man.

What follows is an excerpt from Reza Esmaeili’s note entitled “Khayyam; the revival of spiritual discourse in religion”, which was published Saturday by ISNA on the occasion of the National Day of Khayyam:

Among Iranian poets, Omar Khayyam is more known for his quatrains which are limited in number. That comes despite the superiority and distinction of his educational status in math over his poetry.

Therefore, it is no exaggeration to say that Khayyam’s scientific character is subdued by his literary character, in the sense that today the people of Iran and world know “Khayyam the poet” more than “Khayyam the scholar”.

Khayyam was a great philosopher and mathematician who sometimes wrote poetry. However, his fame and reputation is more indebted to his philosophical worldview, which is summarised in one principle: “Thinking” and living in the “moment”, or in other words the “Seize the day” philosophy.

He was not interested in the past and future. He was a realist poet who lived in the moment. The clarification of this philosophy is the main theme of most of his quatrains that are written in an eloquent language, free from pompousness.

Enthusiastic about the world’s instability, Khayyam was escaping from the past’s suffering and the future regrets. In this way he was looking for peace and tranquility.

In other words, “realism”, “thinking at the present” and living in the “moment” are the secrets of the success of this great poet.

This is precisely what has been emphasised in the teachings of Islam. Imam Ja’far al-Sadiq (AS) says: The days of life are in three forms: the past day which is not returning anymore, and the future which is just a dream, and the current day that should be seized and people must take advantage of.

Today, unfortunately, we are not paying attention to this current moment of tranquility and live our lives with “the regret over the past” and “the sorrowover the future”. For this reason, we are deprived of the pleasure of life’s sweetness.

Imam Ali (AS) also says in a hadith that “Do not cry over the past and the missing events.”

With a humanistic worldview inspired by the religious truth, Khayyam sought the joy of life and the world. Therefore, he was grateful to divine blessings and lived in the moment:

When yesterday is vanished in the past,

And morrow lingers in the future vast,

To neither give a thought but prize the hour;

For that is all you have and Time flies fast.

This philosophy, which is seen in Khayyam’s quatrains, has made this wise man famous in Iran and the world. Because of the popularity of this philosophical thought, his quatrains have been translated into many languages of the world:

In childhood we strove to go to school,

Our turn to teach, joyous as a rule

The end of the story is sad and cruel

From dust we came, and gone with winds cool.

Meanwhile, Google, on May 18, 2019, marked the 971st birth anniversary of popular Persian mathematician, poet, philosopher, and astronomer Omar Khayyam with a doodle.

Khayyam was born on May 18, 1048 in Nishapur in north-east Iran. He is popular for several mathematical and scientific discoveries. He was the first to provide a solution for cubic equations. He also provided geometric solutions for the same by the intersection of conics. Khayyam’s list of contributions also included a solar calendar known as the Jalali calendar. Jalali later became the base of many other calendars.

Khayyam passed away on December 04, 1131 at the age of 83. He was buried in the Khayyam Garden in Nishapur.