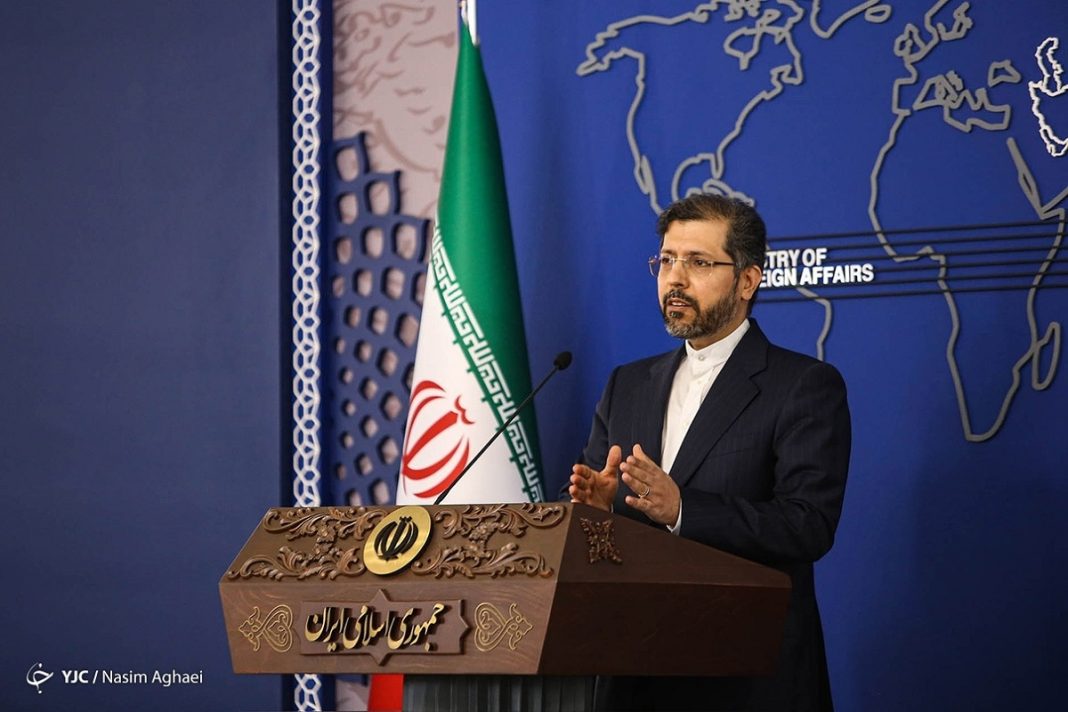 Iran’s foreign ministry spokesman says if the US makes its decision and grants the misappropriated rights of the Iranian nation, Tehran can return to Vienna and sign the agreement with the P4+1 the day after the visit to Tehran by the coordinator of the nuclear talks, Enrique Mora.

Saeed Khatibzadeh said in his weekly presser that messages between Iran and US are constantly being exchanged through the European Union and Washington’s decision can easily materialize an agreement in Vienna.

“The visit is being paid after the phone talks between Iranian Foreign Minister Hossein Amir Abdollahian and EU Foreign Policy Chief Joseph Borrell. Seeing Borrell’s proposal, which was welcomed by Amir Abdollahian, it was necessary for a face to face meeting and consultation in Tehran to take place,” Khatibzadeh said on Mora’s upcoming visit.

The spokesman also talked about the visit by Syrian President Bashar al-Assad to Tehran.

“Iran was one of the closes countries [to Syria] that helped in the triumph over extremism and terrorism in Syria, and it was natural for it to be a destination for consultations,” he said.

Khatibzadeh also said the Qatari Emir will pay a visit to Tehran in the near future. He said the visit “demonstrates the very close relations between Iran and its neighbors.”

He said the Iranian president will visit one of the neighboring countries of the Persian Gulf after the Qatari Emir’s travel.

The spokesman also touched on the case of Iranian national Hamid Nouri, who faces life imprisonment based on charges filed by Swedish prosecutors, and the allegations that it is connected with the case of Ahmadreza Jalali, an Iranian-Swedish national, who has been convicted of espionage in Iran.

“Reports by intelligence and security bodies show some western countries and Israel helped Jalali in his espionage operation, and unfortunately, the basic rights of Nouri have not been respected and the court has not been competent… The Swedish government should not think Jalali’s case will be overlooked with such attempts to hold this issue to ransom,” he said.

Khatibzadeh also mentioned the negotiations between Iran and Saudi Arabia. He said there have been no new developments after the previous round of talks in Baghdad, adding that an agreement has been reached and Iran hopes it can be implemented.

Khatibzadeh also touched on the escalating terrorist attacks in Afghanistan. He said Iran is “concerned” about the situation of the people of Afghanistan.

“Unfortunately, we are witnessing a rise in extremism and we were ready to help the current ruling group in Afghanistan to fight terrorism,” he said.

He also talked about the visit by the UN Special Rapporteur on Unilateral Coercive Measures to Tehran to examine the damage from the sanctions.

“She will hold meetings with civil and elite groups, NGOs and organizations and personalities, as requested by herself and based on prior coordination,” he said.