Keyhan newspaper warns against falling into “US trap” 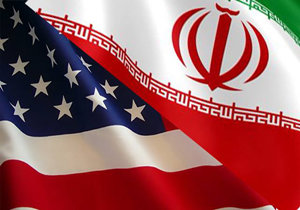 An influential Iranian daily has in an editorial criticized the hoopla by supporters of talks with the United States over Foreign Minister Hossein Amir Abdollahian’s recent comments regarding direct negotiations with Washington.

Keyhan said Amir Abollahian had conditioned one-on-one talks on reaching a good deal with a high level of guarantee and two groups have welcoed negotiations with the US: “The West’s lackeys inside Iran” and the other parties to the Iran nuclear deal, JCPOA, most notably the US. The editorial said those who claim they are after reforms in Iran pushed for their partisan interests and goals and questioned the anti-US strategy of the Islamic Revolution.

According to Keyhan, the reformists insinuated that Iran was going in the right direction during talks under the former administration and that the discourse of struggle against the enemy and global arrogance was an impediment to progress of negotiations.

The newspaper added that the stance of the “West’s lackeys” in Iran is clear and they seize any opportunity to blame all problems on refusal to talk to the US and they just tried to fish in troubled waters.  The editorial then referred to direct talks with the US under the former administration in Iran, adding everybody saw the final outcome and not only were sanctions not removed, but US threats increased.

Keyhan also denied that former US president was the only person to blame for the defeat of the JCPOA while the democrats were the main parties at fault for that.

The Keyhan editorial further slammed reformists for tying the resolving of all problems to the JCPOA. It said when reformists saw the final outcome of the nuclear deal, they turned against the Islamic Republic of Iran’s very fundamental principles instead of pinning the blame on the US’s empty promises and they said Iran must retreat from its regional and defensive policies and give up its nuclear and missile programs.

Keyhan said now the stance of talks with the US has played well into the hands of the “current of distortion” so they mislead people over the removal or neutering of anti-Iran sanctions.

According to Keyhan, the main issue facing Iran is not negotiation with the US but it’s exacting a price form the pro-West people over the losses they inflicted on Iran by trusting the signatures of Kerry and “polite” Obama.

The editorial further issued a thinly veiled criticism of Amir Abcdollahian for giving the wrong message to the enemy while Iran has the upper hand in the talks. It said insinuating that Iran will retreat from its position only persuades the US and the West that they succeeded in forcing Iran to take a step back. Keyhan warned against falling into the trap of the US.