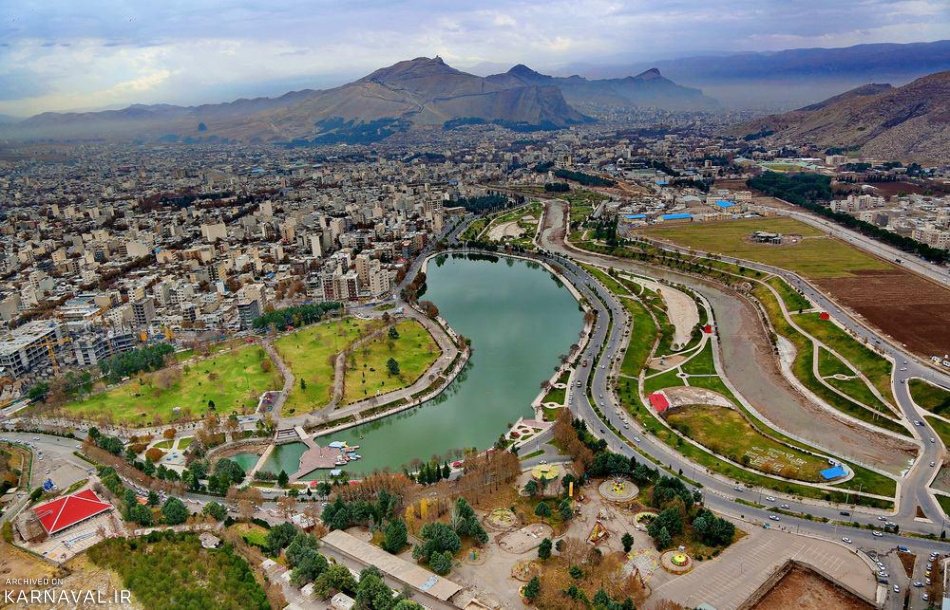 Keeyow Lake is a very popular resort and recreational centre located in the north-west of Khorramabad, the capital of Lorestan province in western Iran.

The lake is not a mere tourist attraction: it is deeply associated with the history, culture and vitality of Khorramabad. The lake’s bond to this land is comparable to that of Karun and Ahwaz; and Zayandeh Rud and Isfahan.

It is particularly important as it creates a good promenade for Khorramabad residents and tourists, and also hosts a number of aquatic animals, as well as native and migratory birds, each year.

The water of Keeyow Lake originates from the springs in Makhmal Kuh, a nearby mountain. It enters the lake through limestone springs on its floor.

The lake used to be filled with water in late winter, and dry out during summer. However, based on a plan by the municipality of Khorramabad to persevere its beauty all along the year, the water is now directed to the lake from the permanent source of Golestan below the Castle of Shapur Khast within the city.

Keeyow Lake is located on a historic hill formerly known as Kalate Keeyow near a namesake village. The hill contained a famous spring titled Sarab-e Keeyow which offered fresh water to the region’s residents.

In early 1970s, it was decided to create a lake in the area in order to build a recreational centre for citizens.

Recreational facilities of Keeyow Lake include boating, bird watching, a small amusement park and a stunning walking path. It is a suitable place to hold competitions in fields such as swimming, athletics and cycling.