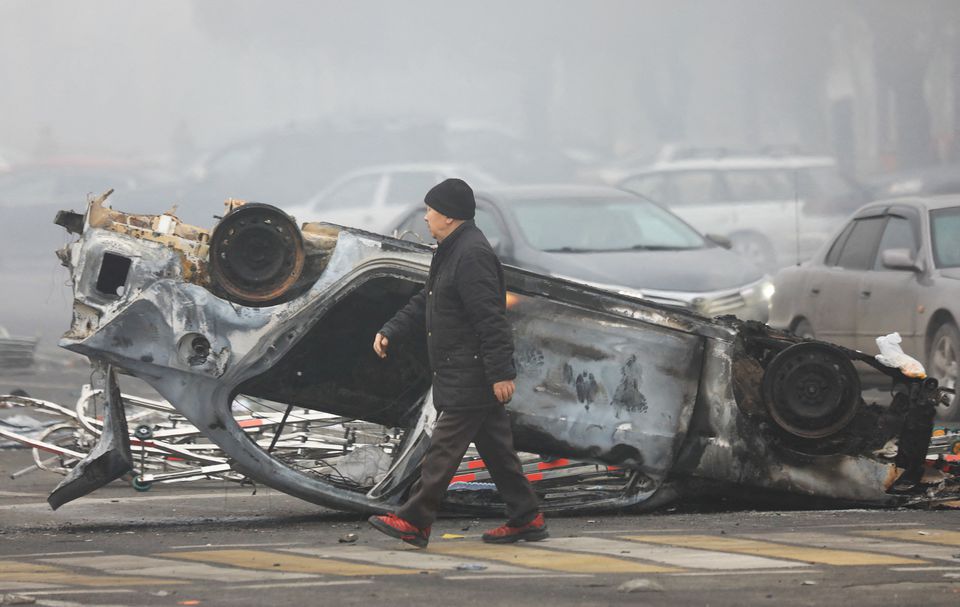 The situation in all regions of Kazakhstan hit by unrest has been stabilized, Acting Interior Minister Yerlan Turgumbayev said in a statement.

“The anti-terrorist operation to restore law and order in the country continues,” he stated.

“As of today, the situation has been stabilized in all regions of the country,” the report said, adding that law enforcement officers have retaken the earlier seized buildings of local administrations.

“The work of communal facilities and vital services is being restored,” Turgumbayev noted.

Law enforcement agencies of Kazakhstan have detained over 5,100 people who took part in the riots in several regions of the country, the press service of the republic’s Interior Ministry reported on Sunday.

“By this time, 5,135 people have been detained throughout Kazakhstan,” the press service added.

According to the ministry, 125 pre-trial investigations have been launched into murders, violence against government officials, robberies, hooliganism and thefts.

As Turgumbayev told the Khabar 24 TV channel, during the riots, more than 400 vehicles were damaged and destroyed, including 346 police vehicles. The looters have plundered more than 100 large trade facilities and banks.

Protests erupted in several Kazakh cities on January 2, escalating into mass riots with government buildings getting ransacked in several cities a few days later. The ensuing violence left scores of people injured, with fatalities also being reported. Subsequently, Kazakh President Kassym-Jomart Tokayev turned to the Collective Security Treaty Organization (CSTO) requesting assistance from the Russia-led bloc. As a result, peacekeepers have already been deployed to Kazakhstan. Law and order, Kazakh authorities affirm, was restored to all of the country’s regions by the morning of January 7. However, the situation remains tense in Almaty. Tokayev declared January 10 as the day of national mourning in the republic.