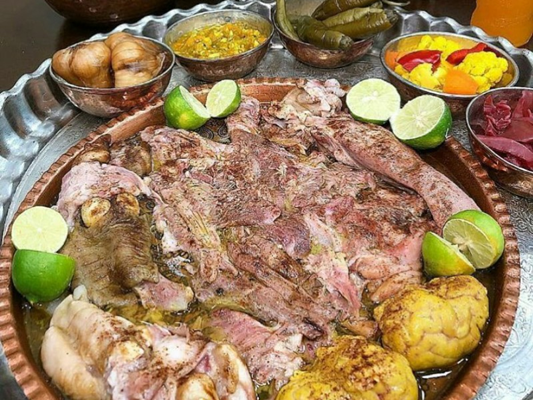 Kalle-pache is a very fatty traditional dish which is very popular in Iran and other countries in the Middle East and the South Caucasus.

Kalle-pache, which literally means [sheep] head and trotter in Persian, is cooked in different countries almost in the same way. It is prepared by cooking the head, arms, legs and the inner organs of the sheep (or calf). It includes the tongue, brain, eyes, head’s flesh and trotters of the sheep.

According to Iranian medicine experts, people with acute and dry cough and those with hemorrhoids who have a good digestive tract can use Kalle-pache with vinegar, honey and cinnamon. However, people suffering from heart disease and diabetic patients should not eat this food. 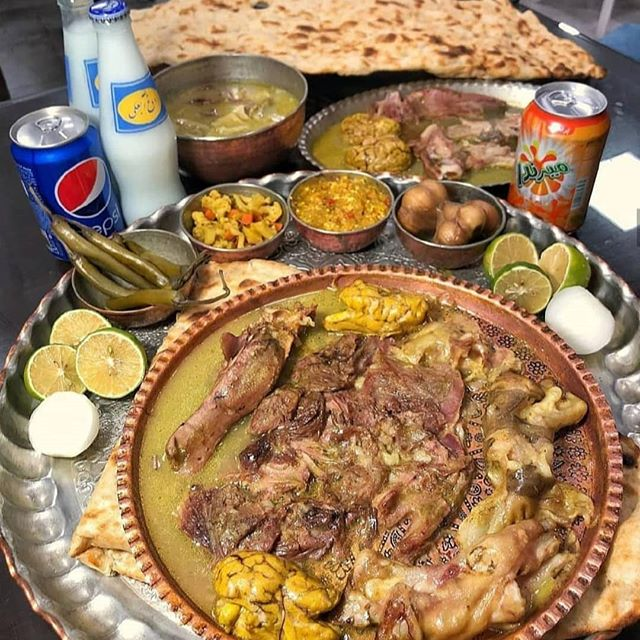