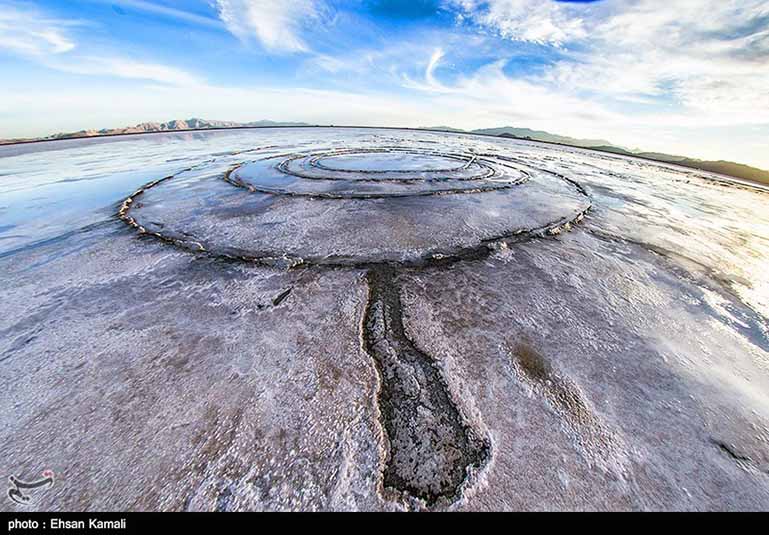 Namak Lake in Sirjan, Kerman Province, is one of the unique, beautiful faces of nature in southern Iran.

Namak Lake in Sirjan, which is in fact a dry lake, has turned into a tourist attraction in Kerman Province.


A dry lake or playa is an ephemeral lakebed, or a remnant of an endorheic lake. Such flats consist of fine-grained sediments infused with alkali salts.

A playa lake may cover a wide area, but it is never deep. Most water in it evaporates, leaving a layer of salt on the surface. These salt covered stretches are called saltpans. When the basin is primarily salt, the dry lake is called a salt pan or salt flat.

Tasnim News Agency has released the following pictures of the dry lake in southern Iran: