Kabul and Tehran can serve as driving force behind regional convergence 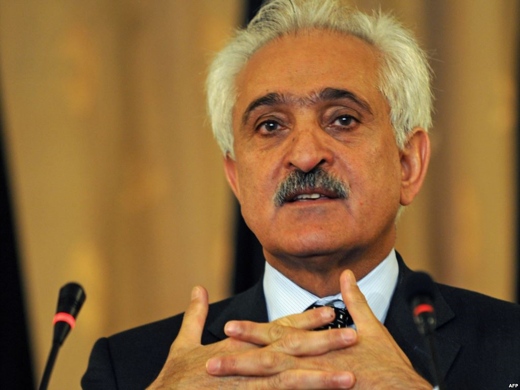 In an interview with an Iranian daily, the former Afghan foreign minister has weighed in on Tehran-Kabul relations in the past and at present.

Dr. Rangin Dadfar Spanta, the former Afghan foreign minister and national security advisor to President Hamid Karzai, is the director of the Afghan Institute for Strategic Studies and an influential behind-the-scenes figure in Afghan politics.

His father, Shah Alam Khan Taheri was a politician too and found his way to parliament under Mohammed Zahir Shah.

Spanta completed his higher education in Germany and taught for years as director of Aachen University’s Third World Studies Institute.

He believes that there is no such thing as IS ideology in Afghanistan and what today exists in the country is a Taliban line of thinking which has only changed its outward appearance. He says the Salafi-Takfiri doctrine of IS can never be indigenized in Afghanistan.

Spanta, who is known as being outspoken about Pakistan, says that the Taliban means Pakistan and its intelligence service and military. Afghanistan needs to engage in dialog with Pakistan to keep its armed fifth column away from the country, he says, adding some countries such as China can play a constructive role in peace negotiations in his country.

Iran and Afghanistan are two similar countries whose relations have always been robust in spite of some hard feelings at times; in fact the two nations cannot live without each other, he says.

What appears below is the translation of part of an interview Spanta gave to Sharq daily on May 17:

What do you make of cooperation between IS and the Taliban in Afghanistan?

The presence of IS in Afghanistan can be studied from two angles. Although IS movements in Afghanistan are a reality, they are also a product of media hype.

I think over the last few months, some Taliban insurgents have replaced their white flag with the black one of IS for a number of reasons.

It must be noted that the so-called economy of assassination, opium and abduction is a complicated issue in Afghanistan and Taliban militants [involved in such crimes] are looking for a new mask to hide behind.

Relations among major powers are to blame for the presence of another segment of the Taliban. Some countries use the Taliban as leverage to put pressure on others.

IS is not an indigenized phenomenon in Afghanistan. It is really tough for IS, as a political current with Salafi-Takfiri ideology, to take roots like the Taliban in Afghanistan and grow robustly.

Those who are on the ground in Afghanistan under the banner of IS are either members of the groups that I mentioned or are among terrorist circles in Central Asia or Arab countries who   have crossed the border to Afghanistan from Pakistan.

How serious is the threat of terrorism in northern Afghanistan?

Terrorist acts are not confined to northern Afghanistan, but media focus much of their attention on that region.

Undoubtedly, Badakhshan, Kunduz and Faryab are the three northern flashpoints where acts of terror are committed. In Farah, a border province next to Iran in the southwest, acts of terrorism are a common occurrence.

These are the four hotspots where terrorism is pervasive. Some of the terrorists have hoisted the IS flag in these areas.

What about recent reports about activities by hardliners in Herat Province?

From my perspective, aside from some agents from East Turkestan and the Islamic Movement of Uzbekistan, Taliban fighters do not feel attached to IS as an ideological movement. […]

What exists in Afghanistan today is Taliban’s way of thinking which has changed its façade. IS thinking is based on a Salafi-Takfiri doctrine which seeks to trigger sectarian conflict and establish and boost Wahhabism. Such ideologies will never be indigenized in Afghanistan; thus there is no room for them there.

These radical agents have simply changed their flags, but their ideology pursues the same traditional strategy of the Taliban.

It seems that following the formation of the national unity government, the Afghan foreign policy has shifted toward its neighbors, including Iran and India. In your opinion, to what extent can this shift serve the interests of Afghanistan?

Long-term Afghan interests require us to have deep and close friendship with countries with broad-based political systems.

We have a lot in common with Iran and India. We should bear in mind that geographical boundaries are not changeable.

Without doubt, it’s strategically important for us to have friendly relations with Pakistan providing that Islamabad abandons terrorism as a foreign policy tool.

For a number of reasons, India is Afghanistan’s ally which inevitably has strategic ties with it. New Delhi is also the biggest buyer of Afghanistan’s agricultural and non-agricultural products and grants scholarship to 1,500 Afghan university students at different levels each year.

Although India is not traditionally among countries which offer international aid, it has dedicated $2.3 billion in developmental aid to Kabul which has been spent on construction of roads, promotion of government capabilities, and transfer of energy from Central Asia to Kabul.

Over the 11 years that I held office, India never expected Afghanistan to repay its favors. Kabul-New Delhi relations do not revolve around ideology or hegemonic ambitions; India has never sought to impose its political system or a certain lifestyle on Afghans.

As a democrat, I believe as a country with numerous religions and ethnic groups India can be a good role model for us.

This is the ideal system I pursue; a system in which people assume responsibilities based on their political beliefs, as well as their love for and interest in human freedom, justice and equality. Given Afghanistan’s variety of religions and ethnic groups, Kabul can modestly take a leaf out of New Delhi’s democracy book.

In relations with Tehran and Washington, Kabul has adopted the same policy for years. Although the two countries are in confrontation with each other, they have finally accepted to take Afghanistan off the list of issues that make their relations tense. Therefore, Afghanistan has deep and amicable ties with both Iran and the US.

Unilateral policies and measures that upset the equilibrium of foreign policy are not to the benefit of Afghanistan.

China has recently got engaged in Afghanistan and has tried to play a role in peace talks between the Afghan government and the Taliban. From your perspective, to what extent can China help bring the two sides together?

In the past, the US, Saudi Arabia and China had influence over Pakistan; but in my opinion, China wields the greatest influence over Islamabad today and their ties are really deep.

Another thing is that China is under direct threat from terrorists along its border with East Turkestan, and Beijing knows well that those terrorists are trained in Pakistan.

All in all, I think China can play an effective role to that end; its efforts in talks [as a mediator in the peace process] are nothing new.

It seems that Pakistan, Russia, Iran and India are trying to bring about regional unity with Moscow as its axis. Kabul’s ties with Washington and its consistent foreign policy in dealing with America are absolutely clear. Do you think that the emergence of such unity will cause problem for Afghanistan?

As a politics instructor, I have learned that for us, I mean the Third World, a multipolar world is better than a unipolar one.

As long as the alternative of internal democracy is missing, outside pressure to topple governments can only give rise to more terrorist groups.

I think it’s not to the benefit of the global peace, coexistence and social evolution to help failed states cling to power.

For the very reason and in a bid to put an end to all global authoritarianism, I am in favor of a multipolar world regardless of its social components.

In the Afghan system, I am among people who seek strategic relations with America and I spearheaded this campaign in the country. I have been in charge of drafting the US-Afghan Bilateral Security Agreement and a strategic deal with NATO. Thus, I am not opposed to such deals and believe that Afghanistan needs such agreements.

Also, I believe that because of our Third-World identity, we need a balance in international politics to keep go-it-alone approaches at bay.

Finally, Afghan President Ashraf Ghani paid a visit to Iran, although there were speculations about the reasons behind multiple delays in his Tehran visit. How do you evaluate Tehran-Kabul relations today?

Relations between two neighbors like Iran and Afghanistan which have a lot in common are really strong. It must be noted that the more the two countries have in common, the bigger will be the likelihood of misunderstanding between them. I still think that our bilateral ties are so robust and sustainable that the two countries cannot live without each other.

Kabul has tried a lot over the last 13 years to establish deep and extensive relations with Tehran and steer its ties with Iran away from its relations with the US.

I wish to offer some suggestions and not consultations to politicians. I suggest we have deep, extensive relations with Iran. Our future can be shaped through regional convergence. Kabul and Tehran can serve as the driving force behind convergence providing that their relations are robust. Misunderstanding might arise at times, but generally I am optimistic about the future of Kabul-Tehran ties.