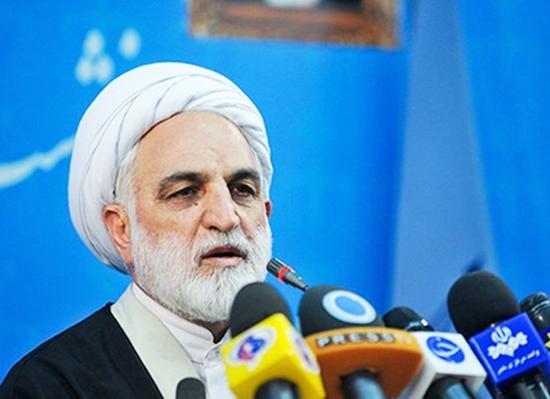 Speaking in his weekly press conference on Sunday, Mohseni Eje’i said during the current Iranian year, the Judiciary system has taken seriously the issue of visiting jails across Iran and some of the temporary detention centres under the Law Enforcement Force of the Islamic Republic of Iran

“The courts have been ordered to oversee the detention centres. The court officials hold talks with the prisoners to get familiar with their legal problems,” he was quoted as saying in a Farsi report by the Tasnim News Agency.

He went on to say during the visits, judiciary officials including judges, investigators, deputy prosecutors and prosecutors tried to establish a close contact with the prisoners and hear their problems.

“Some of the prisoners who were not legally required to stay in jails were provided with an opportunity to leave the jail and follow up their legal case outside.”

Mohseni Eje’i added, “I have received reports saying that all jails across Iran have been visited at least once in the current Iranian year.”

He noted that in Tehran province, the judiciary delegation held talks with 1,500 prisoners.

Mohseni Eje’i expressed hope that the visits keep going on in future saying they are useful for the officials in charge to get in direct touch with the conditions of jails across Iran.

The judiciary official also referred to the close contact that the Judiciary has established with the people and added over the past eight months and half, about one million people made phone contacts with the public relations of the Judiciary.

He concluded that the Judiciary makes use of the suggestions made by the people to improve its mechanisms.