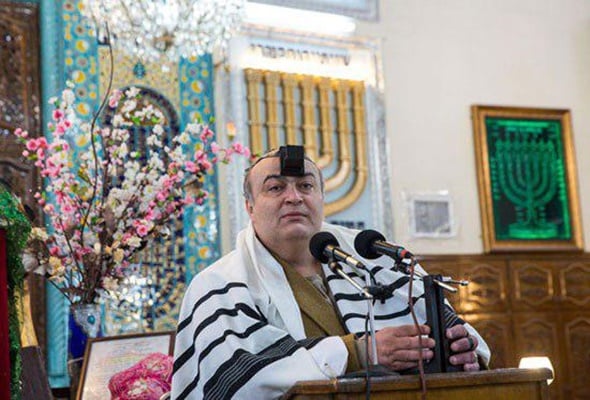 A Jewish Iranian lawmaker has warned the country’s adversaries that Iranians practicing various religions will stand by each other to defend the country and sacrifice their lives in case it is under aggression, just like they stood against the Iraqi aggression in 1980s.

Speaking in an interview with IRNA on Wednesday, the representative of the Iranian Jewish community at the Parliament Siamak Moreh Sedgh said Iranians are united against adversaries.

“During the glorious Islamic revolution of the Iranian people and sacred defence [against Iraqi aggression], we saw the blood of Muslim, Christian, Zoroastrian and Jewish youths being mixed. All of them sacrificed their life to uphold values of the revolution and defend the country against the inhuman aggression of Saddam,” he said.

The lawmaker said unity among the Iranian people has allowed the country to emerge victorious from various battles.

“[Followers of] various religions living in Iran share many similarities, not only in language, culture and national interests, but in [religious] principles of monotheism, prophecy and resurrection, which has deepened unity among them,” said Moreh Sedgh.

Trump, Netanyahu No Friends of Iranians

The lawmaker said Iranians should be vigilant not to allow enemies to shatter unity among them using “natural” differences among them as pretexts.

“Our enemies want to exploit these differences to foment division among us [to be able to harm us],” he said.

Throughout Iran’s long history, whenever the county has been progressing all people have benefited and whenever it has faced problems, all have been harmed, the lawmaker said.

Moreh Sedgh said US President Donald Trump and Israeli Premier Benjamin Netanyahu are enemies of all Iranian people, not just certain groups of them.

“Inhuman sanctions Trump is threatening Iranians with are not against a religious, ethnic or racial group, but they threaten the whole Iranian nation,” he said.

“Enemies of Iran’s national interests are enemies of all Iranians from every ethnicity, religion and race,” he said.

The incumbent US administration, which has hardened the US line on Iran, has threatened to impose “the highest level” of economic bans on the Islamic Republic unless it meets a list of 12 demands.