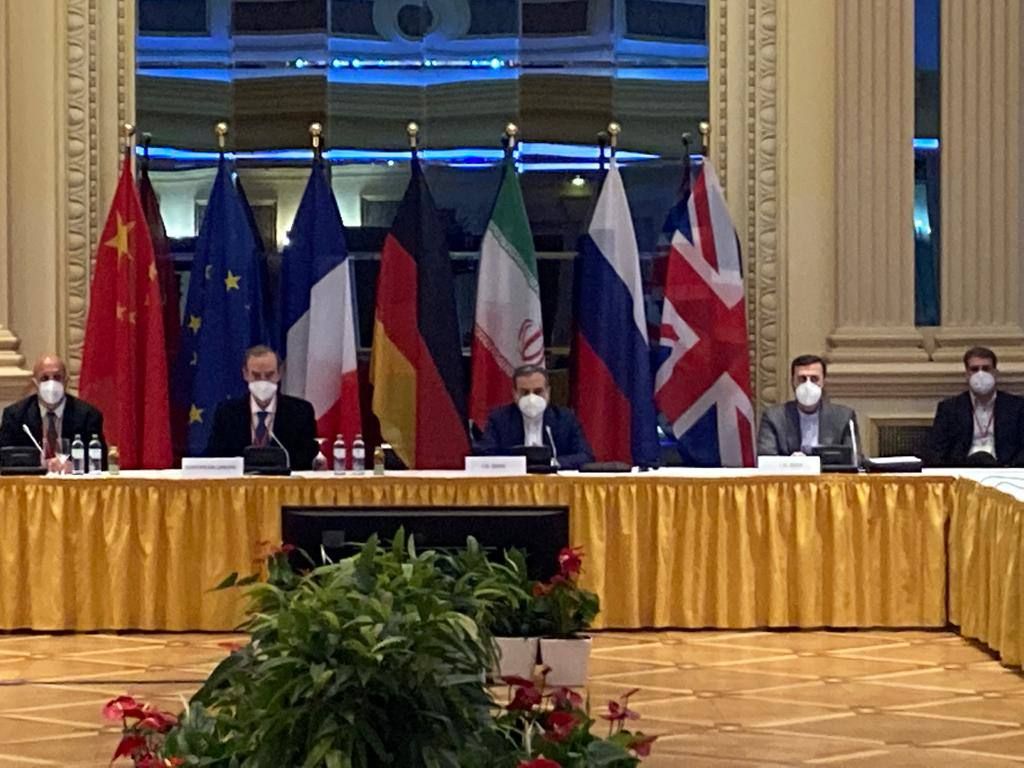 Negotiators from Iran and the P4+1 group of countries wrapped up the first round of the JCPOA Joint Commission's fresh talks in Vienna on Tuesday.

In the plenary meeting, the participants decided to speed up the process of negotiations, and agreed that the activities of expert groups continue in a fast and intensive way in the two domains of “removal of sanctions” and “nuclear issues”.

It was also decided that a third expert group, namely the “Expert Group on Practical Arrangements”, be formed with the aim of holding talks on the practical arrangements required for the removal of sanctions and then the US return to the JCPOA.

In the Tuesday plenary meeting held at the Grand Hotel of Vienna, Iranian Deputy Foreign Minister for Political Affairs Seyyed Abbas Araqchi headed the Iranian delegation, which also included representatives from other relevant bodies including the Petroleum Ministry, the Central Bank, and the Atomic Energy Organisation of Iran.
European External Action Service (EEAS) Deputy Secretary General Enrique Mora chaired this meeting, which was also attended by the representatives of Iran, Russia, China, France, Britain, Germany, and the European Union.

In this meeting, the participants discussed the verifiable removal of sanctions against Iran and the prospect of the US return to the JCPOA.

Before the plenary meeting, as usual, several bilateral and multilateral meetings were held between the delegations, and these consultations and meetings will continue.

Within the same framework, two meetings were held between Araqchi and Mora today.

Also in the morning, an important trilateral meeting was held between the chief negotiators of Iran, Russia, and China, where the three sides underlined full coordination between Tehran, Moscow, and Beijing, and the necessity of the removal of anti-Iran sanctions all at once.

Araqchi also held a joint meeting with representatives of the three European parties to the JCPOA.