Javan’s Report on Orlando Attack: ISIS’s Dagger at a Time of Compromise 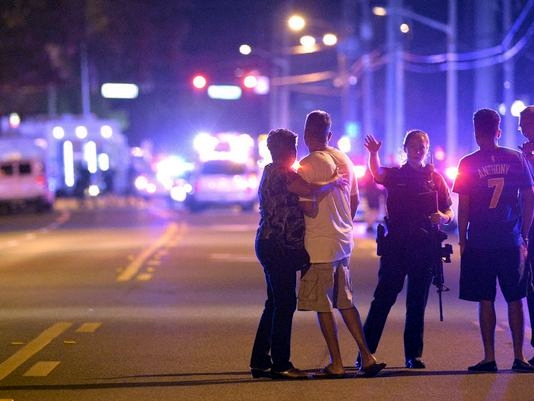 In its Monday June 13 issue, Iranian conservative newspaper Javan discussed the recent shooting by an ISIS member on a gay nightclub in Florida’s Orlando, claiming that such attacks are launched by the “Children of Saudi Arabia and the USA”.

Here is IFP’s translation of excerpts from Javan’s report:

Shortly after a secret compromise between Riyadh and Washington, in which US leaders gave in to Saudis’ financial and political threats and exonerated the Al Saud family from playing a role in the 9/11 attacks, ISIS terrorists stabbed their “creators”, the US and Saudi Arabia, in the back.

After its attacks in Europe, now ISIS is active in the US as well. An armed man named Omar Mateen, who is believed by the FBI to an ISIS sympathizer, killed 50 people at a gay nightclub in Orlando and wounded at least 53.

This was the worst shooting incident in the past 30 years. The terrorist group, which launched two organized operations in the French capital of Paris and killed and wounded hundreds of people there, is now in the US.

The gunman was identified by US media as a US citizen of Afghan descent from Port St. Lucie, Florida. ISIS later claimed responsibility for the attack, according to media outlets affiliated with the terror group.

The terrorist attack came after CIA Director John Brennan announced that Saudi Arabia will be absolved of any responsibility for the 9/11 attacks based on 28 classified pages of a congressional report into the incident.

Controversy surrounding Saudi Arabia’s role in the 9/11 attacks surged in May, when the US Senate passed a bill that allowed the families of 9/11 victims to sue the Riyadh regime for the damage caused by the tragic event.

The New York Post claimed in a report last month that Saudi Arabia’s involvement was deliberately covered up at the highest levels of the American government.

The extent of the cover-up goes beyond hiding 28 pages of a congressional report on 9/11 which was released in 2002, the report noted.

Before Brennan’s remarks, the UN had also given in to Saudi threats, removing Riyadh’s name from a blacklist of child rights violators.