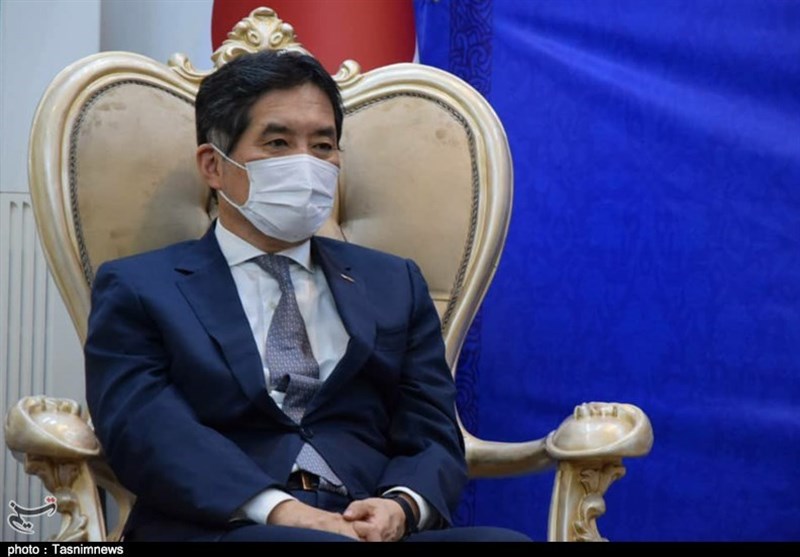 Japan’s Ambassador to Tehran Ikawa Kazutoshi has said Tokyo is ready to expand cooperation with Iran .

Ikawa was speaking on the sidelines of a conference on exploring investment opportunities in the southern Iranian city of Ahvaz.

He made the comments in a meeting with the mayor of Ahvaz and other local officials during which investment opportunities and ways of development of the city were examined.

The Japanese ambassador to Iran added that Khuzestan province has many rich capacities in fields such as energy.

Regarding Japan’s efforts in the fight against Covid-19 in Iran, Ikawa said his country has so far sent more than 30 million doses of vaccine to the Islamic Republic, which have been distributed among different provinces, including Khuzestan.

Regarding clean energy in Khuzestan province, the Japanese ambassador said Khuzestan has very good capacities for the fight against global warming, including in the field of agriculture.

The mayor of Ahvaz stressed investment opportunities that were discussed in the presence of the Japanese envoy are related to environment, waste recycling, and renewable energy such as solar energy and natural energy. Amini said Iwaka promised that he will inform Japanese investors of investment opportunities in Ahvaz and that the development of Ahwaz will be accelerated by attracting international investment.