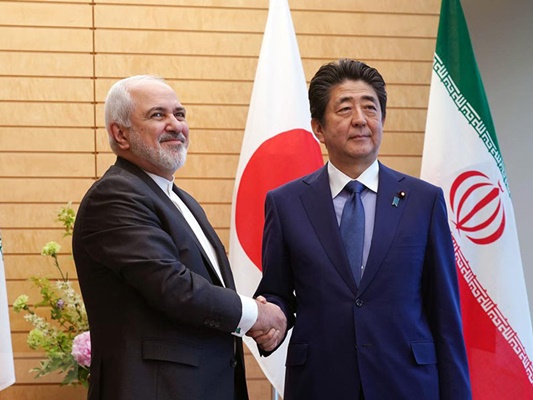 A former Iranian official says Japan and the European Union can be the best intermediaries between Iran and the United States.

Qassem Mohebali, the former Director General for Middle East Affairs at the Iranian Foreign Ministry, said many of the countries whose names are on the table as possible mediators between Tehran and Washington “only exchange messages.”

“These countries try to create a positive atmosphere to set the stage for Iran and US to return to a climate of diplomacy. These countries can, at most, have a status like that of Oman, Vietnam or Singapore,” he said in an interview with the Entekhab daily.

He also touched upon Iraq expressing its willingness to mediate between Iran and the United States.

“Before we see whether or not Iraq can act as an intermediary, we should take two points into consideration,” he said.

“First, the Iraqis would try to go for something in between in order to keep their country from being dragged into the challenge or row between Iran and the United States; that means they would try to take sides both with the US and Iran,” he said.

“So, regardless of what will happen, i.e., whether or not Iraq can serve as a mediator, they will try to follow a policy which will keep Iraq from getting involved in a possible conflict between Iran and the US,” he noted.

“This is a prudent policy by the Iraqis,” said the former official.

“They know that they need not only the US as well as its current administration, but also relations with Iran. So, they try to announce their neutrality in this way,” he said.

The analyst added that the Trump administration has a policy of not accepting an intermediary.

“A number of countries only exchange messages and only try to create a positive atmosphere to make it possible for Iran and the US to return to a climate of diplomacy. This way, as with the issue of North Korea, they will be able to host negotiations like what happened in Singapore or Vietnam or, for example, between Iran and the United States in Muscat,” he noted.

“In fact, it does not mean that the above-mentioned countries are mediators; rather, it means that they will arrange a suitable time and place for talks,” he said.

Nevertheless, he said, maybe the situation of Germany is different, but other governments can have a status like that of Oman, Vietnam or Singapore.

Lack of Tension between Iran-US in Europe’s Interest

He then touched upon which country can be the best mediator between Iran and the US.

“We should choose the best mediator based on the policies and interests of those countries,” he said.

“In the JCPOA issue, it became clear that the EU’s interests lie in that no war happens in the region,” he noted.

“Europe does not benefit from tensions, either,” Mohebali added.

“So, the EU seeks to settle the issue between Iran and the US one way or another,” he said.

“It is unlikely that the easing of tensions between Iran and the US or the removal of Iran sanctions will be in the interests of the other parties,” said the ex-official.

China, Russia Not to be Good Mediators

He then discussed whether Beijing and Russia can be good intermediaries.

“Russia and China, for instance, benefit from this situation while trying to gain concessions from the United State by using Iran as a tool,” he said.

“But they (China and Russia) will not be good mediators because they don’t want the problem between Iran and the United States to be solved,” he further said.

“The solution of the Iran-US problems will change the situation in the region and ratchet up the pressure against them (Russia and China),” he added.