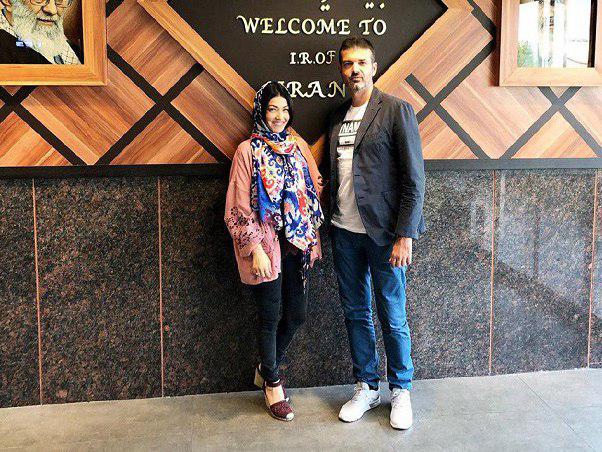 The Italian coach’s wife, along with their two children, arrived in Tehran a few days ago and was taken by club officials to the five-star Espinas Palace Hotel where Stramaccioni is staying.

In recent days, photos shared by Stramaccioni’s wife on her Instagram page have attracted the attention of many, especially the fans of Esteghlal FC, and the number of her followers has dramatically increased.

It seems to have been quite a surprise to Stramaccioni’s wife, Dalila, as she publishes the number of likes and visits to her page in separate stories! 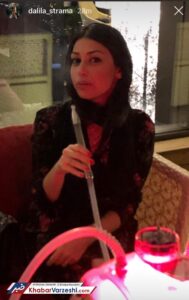 Dalila published a photo on the first day of her stay in Tehran showing her sitting in a traditional restaurant at the Espinas Palace Palace Hotel, while smoking hookah!

Perhaps before this, Dalila had never experienced smoking hookah, but when she arrived in Tehran, she got to know it. Now it seems smoking hookah has turned into one of Stramaccioni and his wife’s hobbies in Tehran.

In recent days, Dalila repeatedly pointed to the beauty of the Iranian capital by posting pictures of Tehran on her page.

She currently has to live with her husband in the hotel until Esteghlal FC managers rent them a house.

In one photo, she is seen standing on the terrace of the hotel to take pictures of Tehran’s beauties at night, which seem to have attracted Dalila’s attention. 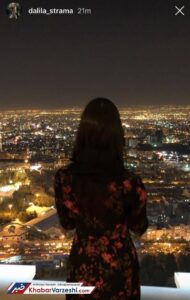 The Italian coach’s wife believes Tehran is a beautiful and wonderful city.

Now, with the arrival of Stramaccioni’s family in Tehran, it seems calmness has returned to his life, and now the Italian coach, with more focus, can advance his work as the head couch of one of the country’s most popular teams.

Probably from now on, Dalila’s Instagram posts would grab more attention as her followers are increasing every day more than ever.

She may visit the spectacular places of Tehran in the coming days and will probably publish more photos on her page. For now, everything goes well for Stramaccioni and his wife in Tehran.