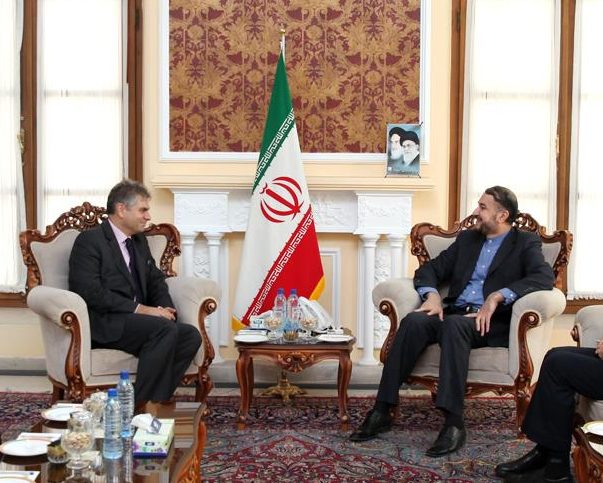 An International Aide to Speaker of Iran’s Parliament, Hossein Amir-Abdollahian, says creating regional tensions and crises is the main strategy that the Zionist regime is following.

In a meeting with the outgoing Lebanese ambassador to Iran, Amir-Abdollahian said the latest developments in Lebanon should be analyzed in light of the Zionists’ main regional strategy of creating tensions and crises.

According to a Farsi report by ICANA, he described relations between Iran and Lebanon as “strategic” and “unique” and added Beirut plays a praiseworthy role in the battle line of resistance against the Zionists and fight against terrorism.

“Iran will continue to offer its firm support for the Axis of Resistance in fight against the Zionist regime’s violence as well as terrorism,” he noted.

Elsewhere in his statements, he also referred to the non-constructive behaviour of Riyadh towards the region and the mysteries around the abrupt resignation of Lebanese Prime Minister Saad Hariri, saying “the latest developments in Lebanon have resulted in the strengthening of political unity and the foiling of enemy plots to create tensions in the country.”

He then highlighted the strategic capacities of the Islamic Republic of Iran and Lebanon, adding the all-out cooperation between the two sides in various political, economic, security, cultural and parliamentary fields is of great significance.

For his part, Fadi Haj Ali said Lebanon is interested in expansion of ties with all regional states except for the Zionist regime. “We welcome further development of relations with the Islamic Republic of Iran.”

The outgoing ambassador stressed Iran plays an important role in the region and its constructive approaches towards the regional issues is not deniable.

On the latest developments in Lebanon, Haj Ali noted the developments “have strengthened our unity and the Lebanese factions from all sides say they will not spare any effort to restore peace and stability to the country.”

He also expressed sympathy with the Iranian nation over the deadly earthquake which jolted western Iran killing hundreds of people.