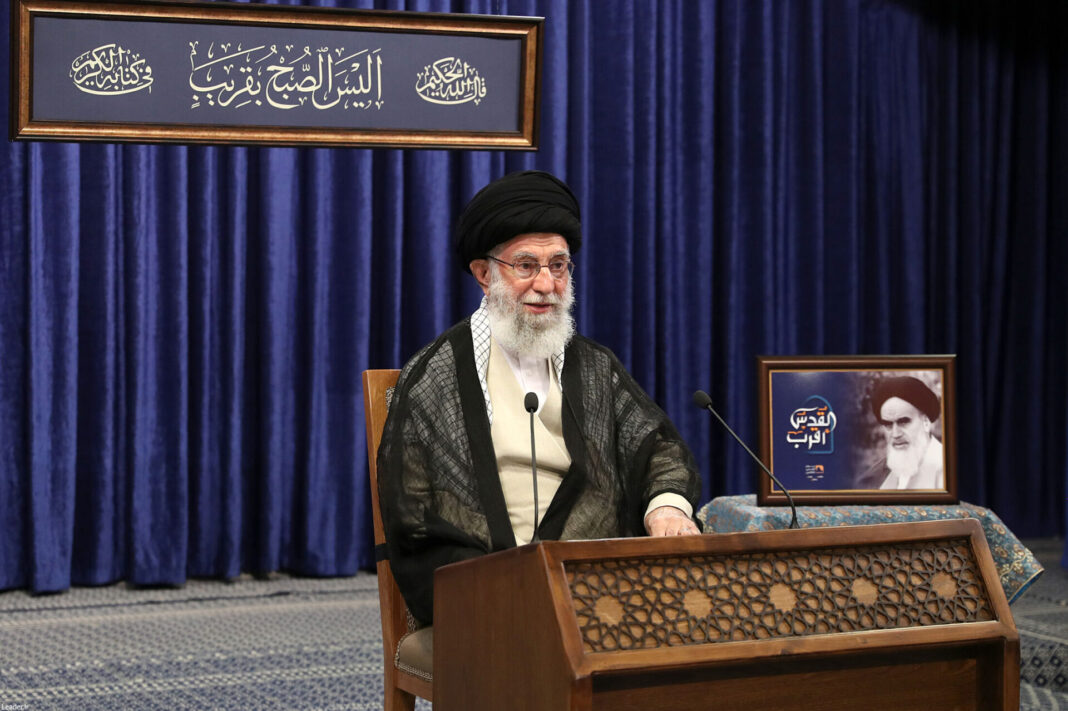 Iran’s Islamic Revolution Leader says the downward spiral of the Israeli regime has started and will not stop.

Ayatollah Seyyed Ali Khamenei noted the issue of Palestine remains the most important and very much a live issue for the whole Muslim community.

“There are two significant factors which determine the future,” said the Leader in a televised message on the occasion of International Quds Day.

“First and foremost is to continue resistance inside Palestinian territories as well as reinforce the trend of struggles and martyrdom,” Ayatollah Khamenei noted.

“The second factor is international support by Muslim governments and nations around the world for those fighting for the cause of Palestine,” said the Leader.

“Ayatollah Khamenei said unity among Muslims on the issue of Quds will lead to a nightmare for the Israeli regime and its American and European supporters,” he added.

“The failed ‘deal of the century’ scheme and the move by a handful of weak Arab states to normalize their relations with Tel Aviv are a desperate attempt to run away from that nightmare,” he explained.

The Leader said the Israeli regime has turned occupied Palestine into a terrorist base.

So, he added, fighting the despotic regime of Israel amounts to fighting terrorism.