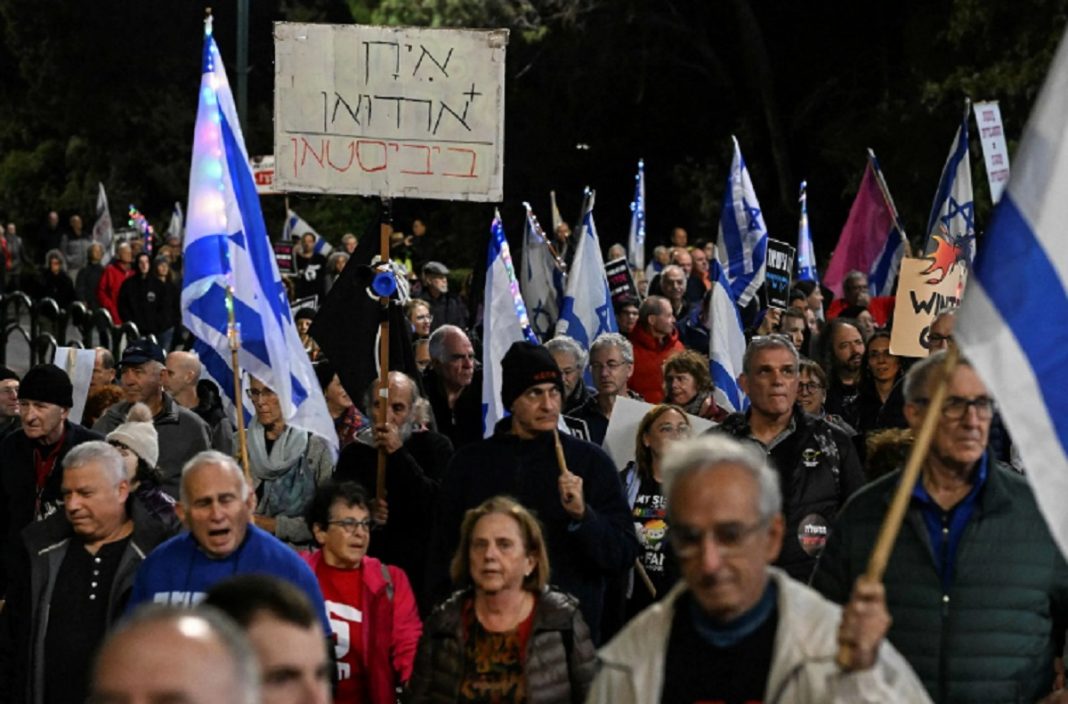 A large number of people have staged a mass demonstration in the northern port city of Haifa in the Israeli-occupied territories against the regime's incoming right-wing administration led by Prime Minister-designate Benjamin Netanyahu.

About a thousand protesters and left-wing activists blocked roads near the center of Horev, marched with burning torches, and chanted against the initiatives of Likud political party and its partners.

The main focus of the demonstration was a series of controversial bills that the right-wing coalition is trying to push through Israel’s parliament, the Knesset.

In addition to bills, there is a law that would allow for the chairman of the Shas religious political party, Arye Deri, to assume a ministerial position despite a past conviction for tax offenses.

The participants called on all Israelis to “demonstrate against the dangerous legislations being promoted by the incoming criminal administration.”

It mainly targeted the incoming right-wing coalition administration, and their legislative blitz to pass a slew of controversial laws.

Netanyahu, as the Likud chairman, is currently engaged with assembling a coalition that will see far-right figures Itamar Ben-Gvir of the Jewish Power party and Bezalel Smotrich of the Religious Zionism party likely exert more power over occupied Palestinian territories in the West Bank, and with the police.