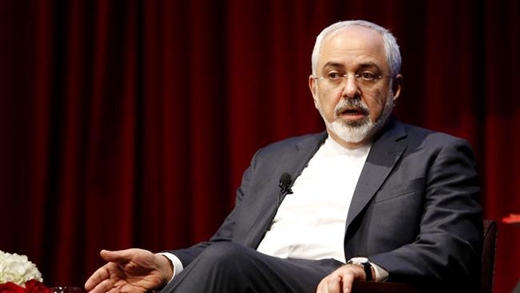 Iran’s foreign minister has called on regional Muslim countries to respond positively to Iran’s invitation to dialog and cooperation to guarantee the interests of regional nations.

Zarif made the remarks on Tuesday upon his arrival in the Lebanese capital of Beirut on the first leg of his regional tour.

He said the nuclear agreement between Iran and P5+1– the United States, France, Britain, China, Russia and Germany – in Vienna last month created a historic opportunity for the countries in the Middle East region to repel dangerous threats such as the Israeli regime and terrorism.

Zarif expressed hope that the conclusion of Iran’s nuclear talks with the world powers would benefit the countries and nations in the region.

On July 14, Iran and P5+1 finalized the text of the nuclear agreement, dubbed the Joint Comprehensive Plan of Action (JCPOA), in Vienna.

Zarif also pointed to the Israeli regime, terrorism, extremism and violence as the major challenges facing the countries in the Middle East, adding: “Once more, I call on Muslim countries in the region to respond positively to Iran’s invitation to dialog and cooperation for guaranteeing the interests of regional states and nations.”

He emphasized that the Middle East countries need to hold dialog on how to deal with common challenges.

Zarif said he would exchange views with senior Lebanese officials on regional peace and security and ways to improve Tehran-Beirut cooperation.

He noted that coexistence among Lebanese groups and tribes and the country’s resistance against aggression, extremism and terrorism can set an example for other regional states to follow.

The Iranian minister arrived in Beirut at the head of a delegation on Tuesday on the first leg of the second round of his regional tours following the nuclear agreement between Iran and six world powers.

The Iranian foreign minister will fly to Syria on Wednesday before leaving for Pakistan, India and Russia in the following days.