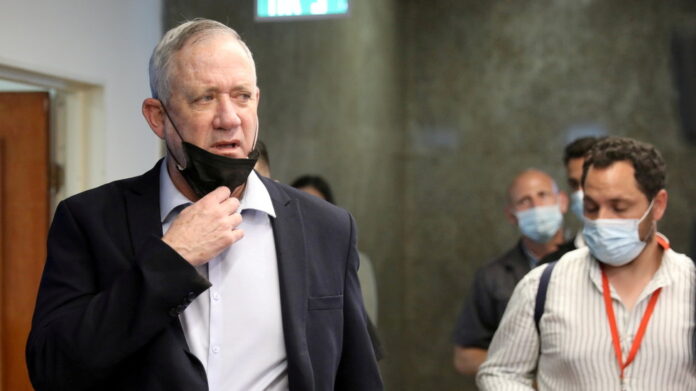 A cleaner for Israel’s DM has been accused of espionage after allegedly offering to place malware on his boss’ household computer for an Iran-linked hacking group.

In a statement on Thursday, the Shin Bet security service said that Omri Goren, a housekeeper for Defense Minister Benny Gantz, and a former bank robber according to Israeli media, corresponded with an unnamed person over social media shortly before his arrest.

Goren reached out earlier this month to “a figure affiliated with Iran and offered to help him in different ways, in light of his access to the minister’s home”, the statement read, according to the Times of Israel.

It is understood that Goren offered to spy and place malware on Gantz’s computer on behalf of a hacking group, reportedly called ‘Black Shadow’ and associated with Iran, Tel Aviv’s perennial enemy. It is also said that he provided photos of Gantz’s residence to prove he had access.

A Central District prosecutor filed espionage charges against Goren on Thursday. If convicted, the accused could face a sentence of between 10 and 15 years, according to the Times of Israel.

The 37-year-old Lod resident has previously served four prison sentences, the most recent of which was for four years. Goren was found guilty of five crimes between 2002 to 2013, two of the convictions were for bank robbery.

The Shin Bet added they would review their processes for staff background checks “with the goal of limiting the possibility of cases like this repeating themselves in the future.”

Speaking on Kan public radio, Gal Wolf, the attorney representing Goren, suggested his client had intended to extract money from the Iranians without carrying out any spying.