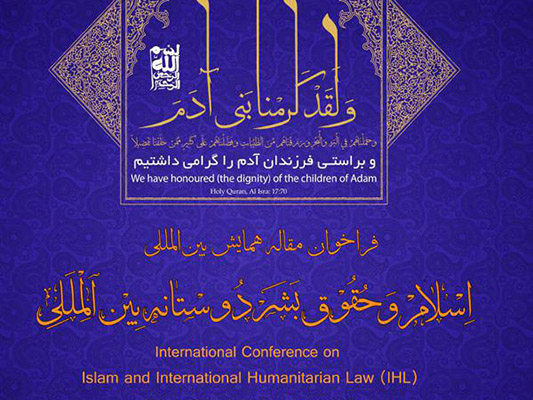 Scholars from more than 20 countries recently gathered in the second International Conference on Islam and International Humanitarian Law (IHL) in Iran, and discussed the rights of civilians, particularly during the war.

More than 20 countries participated in this conference, during which the main humanitarian principles Islam has in common with International human rights were discussed.

According to a Farsi report by Shahrvand Newspaper, this conference, organized by the Centre of Comparative Studies of Islam and IHL, Iranian Red Crescent Society and International Committee of the Red Cross In Iran, was an opportunity to discuss civilian rights- especially for the disabled-, refugees’ issues, and healthcare facilities for patients and corpses during the war, and also to present the humanitarian legacy of different religions.

“Islam has a comprehensive view on humanitarian rights,” noted Abdolhossien Mo’ezzi, the representative of Iran’s Leader in Red Crescent Society.

“Unfortunately, despite the recommendations of all Abrahamic religions to respect humanitarian laws, there are peoples and groups in the Middle East and other parts of worlds who call themselves Muslim, Christian or Jewish, but trample on human rights.”

“Now that women, children and civilians are killed in large numbers in Yemen, Iraq, Palestine and Syria, we should explore the causes and conditions of such a paradoxical behaviour as an important topic to be brought up in conferences like this,” Mo’ezzi added, emphasizing that such actions in the name of Islam will lead to nothing but Islamophobia.

He went on to say that as poverty has always been a main motive for violent behaviour, illegal groups seize the opportunity to attract and organize poor people in order to achieve their anti-human goals.

“By supporting NGOs and public charities, we can give donations and mobilize volunteers for reducing deprivation and boosting the hope in low social classes,” Mo’ezzi noted. 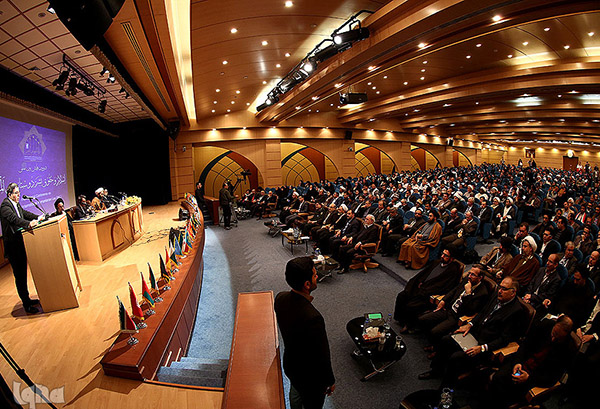 Rationalism, Spirituality, and Justice Can Shield All Religions from Extremism

Ali-Asghar Ahmadi, the Secretory-General of Iranian Red Crescent Society, also said, “Religious values come from an idealistic system, and include religious beliefs. The components of this value system are very similar in different religions. Commitment to this shared system, as well as to three common criteria among religions, namely rationality, spirituality and justice, shield any religion from extremism.”

“The painful events of recent years in the world, especially in the Middle East, alarmed the world’s religious leaders, and reminded them about their responsibility to maintain peace and to invite their followers to mutual respect and tolerance towards the followers of other religions. Along with political leaders, religious leaders are able to reduce these so-called religious wars to a high extent by committing people to mutual acceptance of other religions,” he added.

Ahmadi pointed to the huge increase of armed conflicts during the past half-century and the fade-out of boundaries between military and civilian targets.

“The intentional or unintentional misunderstanding of religion has led to the killing of civilians, capture of women and children, killing of soldiers and troopers in cruel ways, environmental destruction and harassment of followers of other religions. It is necessary to notify people of this danger,” he explained.

Ahmadi emphasized that there have been several international conventions and documents to protect soldiers, civilians and other people who are affected by armed conflicts. The conventions of Geneva, The Hague and other treaties intend to establish humanitarian principles to be imparted during the war. This type of laws doesn’t prevent the war, but can console the people involved in conflict.

“Abrahamic religions approve of these laws. Islam in particular has regulations based on justice, kindness and human rights to be applied during the war. Islamic laws protect civilians, women, children, the elderly and even the corpses, and forbid disrespect for them.”