ISIS threats to attack international targets should be taken seriously 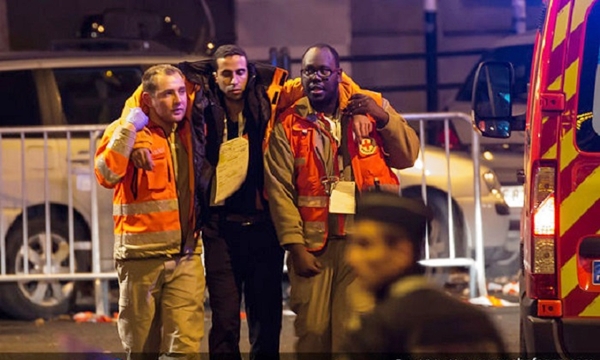 An Iranian expert has said that ISIS has struck fear into the hearts of people in the world, adding that in the fight against ISIS the international community first needs to cut the terror group’s economic lifeline.

Ali Bigdeli, who is an expert on US and European affairs, further said that the first thing that should be done in the fight against ISIS is to eliminate the institutes which meet the terror grouping’s economic needs. “These institutes are largely based in the Persian Gulf sheikhdoms. Backed by the West, these institutes have created ISIS in the region simply to counter the influence of Shiism.”

On November 15, Shafaqna, the Shia News Agency, published an interview with Bigdeli on recent terrorist attacks in the world and ISIS threats that its next targets will be Rome, London and Washington. The following is the translation of part of his remarks in the interview:

Multiple terror attacks were unleashed in Paris a day before international talks were held in Vienna on Syria. And a summit of world leaders at G20 in Istanbul will be held in a few days’ time. It was a while ago that ISIS addressed France in a statement warning that if Paris ratcheted up its involvement in the anti-ISIS coalition, the terror group would stage a 9/11-style attack in France.

Threats by ISIS – that London, Rome and Washington are next in line to be targeted – should be taken seriously.

What is certain is the fact that ISIS is trying to flex its muscle to terrorize other countries, and prompt people in those countries to pile pressure on their governments to leave the anti-ISIS coalition.

[…] France seems almost unlikely to announce that it will no longer get involved in the Middle Eastern issues because such a decision constitutes a chink in its armor. The world, [especially] the West, is facing a phenomenon it has helped create, but today they [a reference to Western countries] are suffering its consequences. For Westerners, this phenomenon [ISIS] has spiraled out of control. […]

ISIS has proved in practice that it can carry out attacks beyond the borders of its self-proclaimed caliphate. Prior to this, ISIS had released a statement addressing [French President] Francois Hollande [over his country’s engagement in the anti-ISIS coalition].

A few days ago, France announced that it would provide more air support [to the anti-ISIS coalition] in Syria and Iraq. The Paris attacks were a response to France’s recent decision. If Rome, London and Washington are the terror group’s next targets, officials [in Italy, Britain and the US] need to beef up security […].

All countries which have been involved in efforts which helped form this ominous phenomenon [ISIS] should cooperate [in the fight against the notorious terror grouping]. ISIS has terrorized the whole world and it is natural for people to live in constant fear. […]

ISIS has become an international institute with its geographical reach going beyond Iraq and Syria. Now a global network, ISIS is growing militarily, politically and geographically. This has rendered the battle against the terror group all the more difficult.

ISIS is transforming from a guerrilla group into a political institute which issues passports, ID cards, and stamps, establishes trade contacts [with other nations], and has [diplomatic] missions in other countries. To take on ISIS, the institutes supplying finances to the terror group should be eliminated first. Sheikhdoms in the Persian Gulf are home to these ISIS-supporting institutes which have been created to counterbalance the Shiite influence in the region. ISIS has now turned into a creeping power which has created hardships for nations, especially the Western countries.