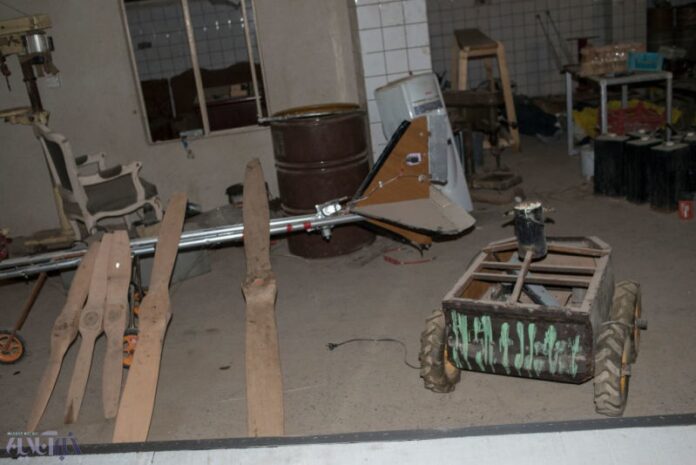 Iraqi forces have managed to find one of the ISIS terrorist group’s drone-making factories in their recent advances on Mosul, northern Iraq.

The Iraqi army forces, who have liberated most of the neighbourhoods in Mosul from the ISIS terrorists, have discovered one of the terrorist group’s factories in the northern Iraqi city, in which they used to make drones.

They found the factory in the al-Shifa neighbourhood on the outskirts of the Old City while advancing on Mosul.

Some of the drones are used for reconnaissance purposes, but most of them are retrofitted with explosives to be used for carrying out attacks.

Photos of the workshop shows that the terrorists used whatever they could salvage, from metal and plastic pipes to repurposed small engines – including those of motorbikes – to make their drones. The ISIS elements have also used the debris of the Iraqi forces’ crashed drones to make theirs.

A four-wheeled robotic machine was also found in the factory. The device had been built to carry explosives and be used for carrying out suicide attacks.