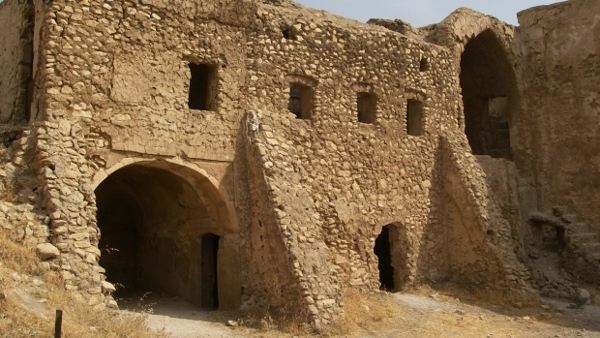 ISIS militants destroyed Elijah’s monastery, the oldest church in the city of Mosul, on Wednesday

According to Iraqi Alsumaria TV channel, the Elijah’s monastery in Mosul was a symbol of the presence of Christianity in Iraq, with an antiquity of over 1,400 years. It fell into the hands of the terrorist group ISIS after they invaded the city of Mosul. Earlier satellite images showed the destruction of some parts of this ancient Christian monastery in Iraq. Its demolition has created a tide of nervousness in Iraq.

Over the past few weeks, witnesses from Mosul had stated that the ISIS terror group had rigged all the churches in Nineveh province with bombs, in fear of an Iraqi Army attack. They had been using these churches as prison and torture chambers.

The ISIS terror group invaded northwestern part of Iraq last summer. Since then, they have committed multiple atrocities across the region.