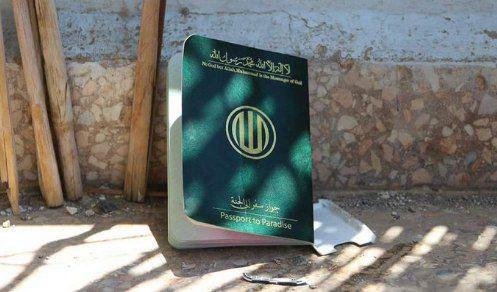 The ISIS terrorist group has issued “passports to heaven” for its elements to encourage them to carry out suicide attacks.

Photos of the ISIS elements’ “passports to heaven”, found in the newly liberated neighbourhoods of the northern Syrian city of Raqqa – the terrorist group’s self-proclaimed capital in Syria – have gone viral on social media. 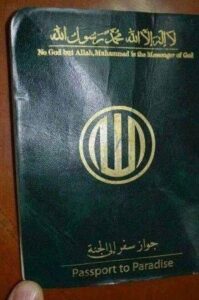 The ISIS rewarded their suicide attackers with these passports to motivate them to carry out more terror attacks by wearing explosive belts or driving bomb-laden cars into the desired places, according to a report by the Russian TV channel RT Arabic.

By giving their suicide attackers these passports, the ISIS had managed to convince them that following their death, their entry into the heaven would be guaranteed.

These passports contain no personal information of the ISIS elements. The only data they include are the different names of heaven and hell in Arabic.

It is written in the passports that their owners are only allowed to travel to heaven, and not hell. A number of sentences have also been written in some of the pages of the passports encouraging the terrorists to carry out suicide attacks.