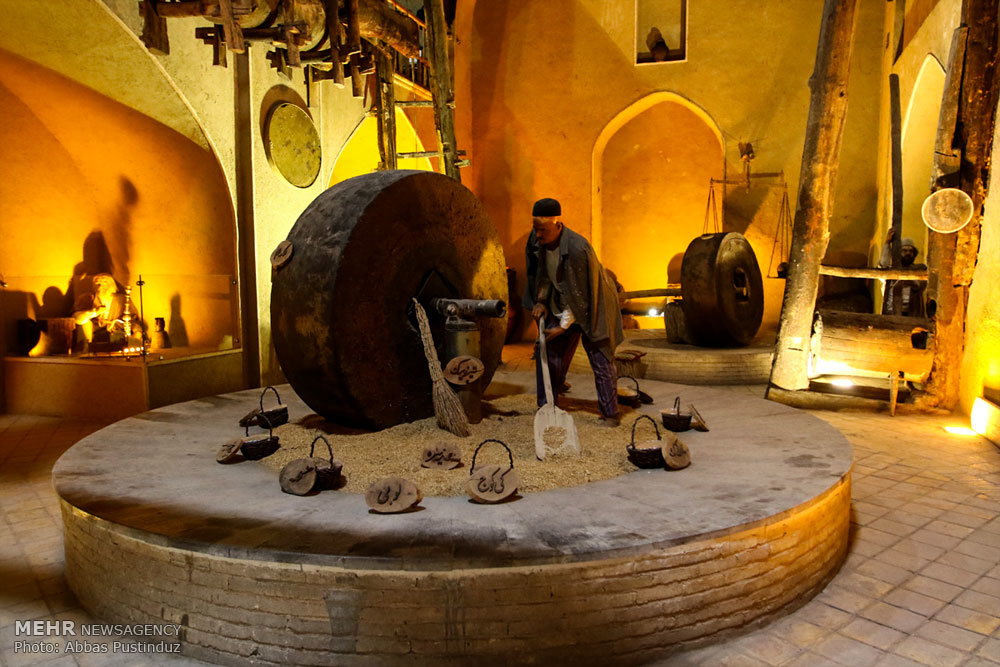 The traditional horse-powered oil pressing practice is an ancient Iranian industry and one of the oldest activities in the world's food industry.

In traditional oil mills, seeds such as sesame and castor bean were pressed to extract oil.

The mills were made up of two large pieces of stone which would be placed on top of each other. On one side, they were attached with a lever to beasts of burden such as donkeys, horses or camels. The animals would tread a circular path, moving the stone on top and having the seeds crushed between the two stones.

Afterwards, the crushed seeds were mixed with water to form a dough-like mixture, which was then taken to a part of the mill where the final stage of the oil-extraction process was conducted. At last, the extracted oil was stored in a well connected to the mill.

The Shahi horse-powered oil mill in the central Iranian city of Isfahan is one of the best-preserved oil mills, which contains one floor as high as around 11 metres. There are three dome-shaped spaces inside, with skylights on the ceiling which not only provide lighting, but also help with ventilation.

The ceiling was shaped like a dome, so that it would keep the environment cool.
A book was also compiled in Persian, English and Arabic in 2006 on the Shahi oil mill, which has now turned into a museum. In 2017, the museum received the International Council of Museums (ICOM) award as the best small museum.