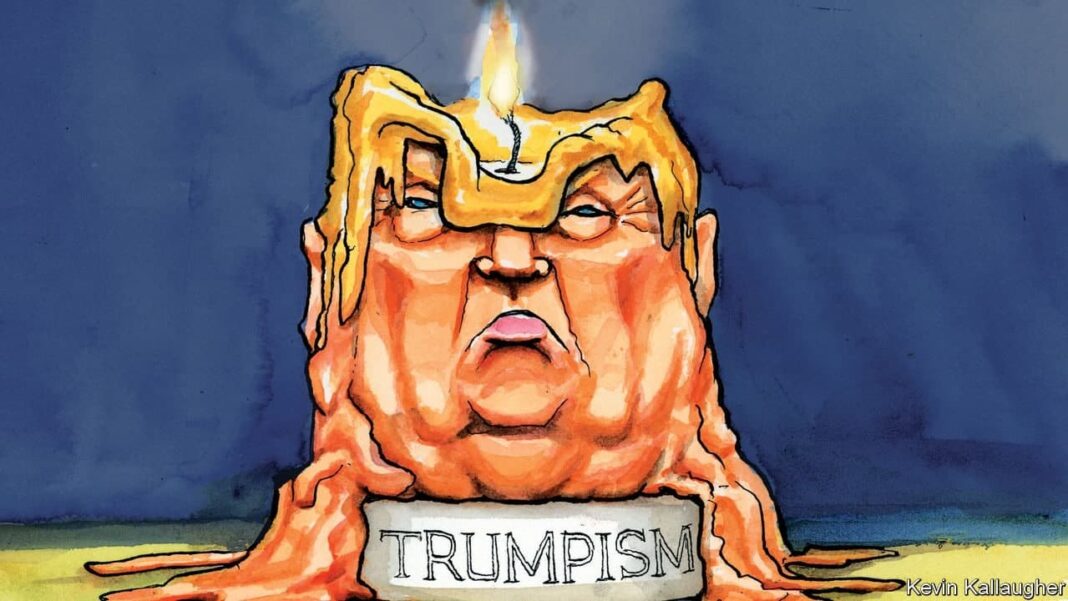 US presidential election ended with the victory of Democrat candidate Joseph Biden. But does it really mean the end of Donald Trump’s era?

Most countries in the world, including a large part of the Americans people, are very delighted with Trump leaving, and it’s really a happy event, because during four years of his presidency, in addition to being dishonest, he mishandled all the legal standards inside the government as well as violated international norms and became an unpredictable leader.

His words, behaviours, and approaches helped the speedy decline of US credibility in the world, which had relatively improved before he took office and during his predecessor’s eight-year term.

Apparently, now the world must take a sigh of relief. Joseph Biden, who has been active and effective on the US politics for more than four decades, apparently won’t pursue Trump and will be probably more realistic, and now therefore everyone should be relatively relax and optimistic.

Four years ago, in articles, this author, explicitly pointing to Donald Trump’s psychological problems, asked if he might be capable and have the capacity and competence leading the world’s largest military and economic power.

Concurrently American psychologists and sociologists working on Trump’s mental health concluded he is a “narcissistic”. While every employee has to go through various stages, including psychological testing, before being hired, people who take over such sensitive positions, where existence of the mankind is at stake, should preferably go under those tests too. According to psychologists, “guns should not be given to persons suffering severe mental impulses”.

Analysing in one of my article, based on the book, “Political Psychology in International Relations”, by professor of University California, Dr. Rose McDermott (translated five years ago into Farsi by this author and published digitally on the website of the Age of Diplomacy), the author suggested that Donald Trump’s instance would be an interesting case for the psychological research of American leaders and presidents.

There have been cases tantamount to Trump’s, though much milder, which Dr. McDermott analysed – in detail, in another book, “Leaders, Decision Makings and Illness” – the psychological problems of some presidents of the United States during the past decades.

But Trump will leave the White House in 10 weeks, and in final weeks the President is dubbed “lame duck”, because he does not have enough time to take substantial actions. However, given Trump’s particular mental conditions and his narcissism as well as illusions, it is likely that he may take some adventurous actions with dangerous consequences.

Although it is very unlikely, this possibility should be given consideration. In the meantime, it is necessary to pay attention to another important point. It is true that Trump lost this election, but it should be noted that out of the 160 million American voters, 70 million voted for him. This is an important yet dangerous sign.

It means that Trump or Trumpism mentality in the US potentially does exist. And it reflects that half of American society continues and may be more in favour of Donald Trump’s way of working and his illusions.