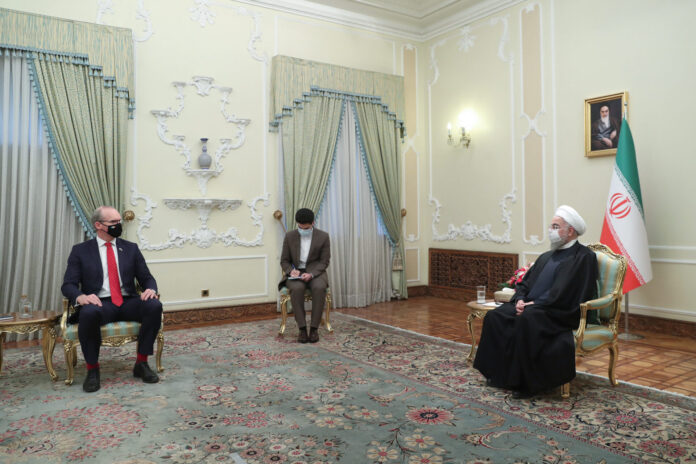 An Iranian political analyst says the recent trip to Tehran by a high-ranking Irish delegation aimed at mediating between Iran and the three European countries can help the two sides “hear each other’s voice better.”

Sanctions against Iran are still in place and the outlook for the United States’ return to the 2015 nuclear deal as well as the future of the deal remains shrouded in mystery.

New US President Joe Biden has almost settled down at the White House, but still there is no word on the lifting or suspension of sanctions against Iran.

Tehran has set the condition that it will sit at the negotiating table with Washington only when all sanctions are lifted. However, it seems there is not enough determination to do so.

Meanwhile, an Irish delegation came to Tehran a few days ago to mediate between Iran and Europe over the nuclear deal, officially known as the Joint Comprehensive Plan of Action (JCPOA).

The Irish foreign minister is not the first person to be willing to act as a mediator.

French officials had earlier announced their willingness to intervene, but Iran did not welcome their offer.

But at this juncture, how can we take the two countries to a point where the US would return to the JCPOA and Iran’s problems would be settled?
In an interview with Khabar Online, seasoned expert on international issues Fereydoon Majlesi has weighed in on these developments.

Q: A senior Irish delegation has come to Tehran to mediate and has met with our country’s officials. What is your analysis of this trip and do you think such intervention would be effective?

A: I’m not confident that such moves will help, but I know that Ireland has nothing special to do with Iran. We do not have trade and industrial relations with each other, either. So the Irish team is in Iran for something else. I hope Iranian officials would realize how important Iran’s presence in the international arena is for other countries, not only for those who think they have special benefits and interests, but even for those who are sensitive about the future of the world and relations between countries. They expect things will get better after the flexibility shown by the three European countries, which refused to submit their draft anti-Iran resolution to the Board of Governors of the International Atomic Energy Agency (IAEA). Now, they have asked a country which is neutral toward Iran to mediate. Therefore, we hope this trip will help the two sides, i.e., Iran and the European Trokia to hear each other’s voice better.