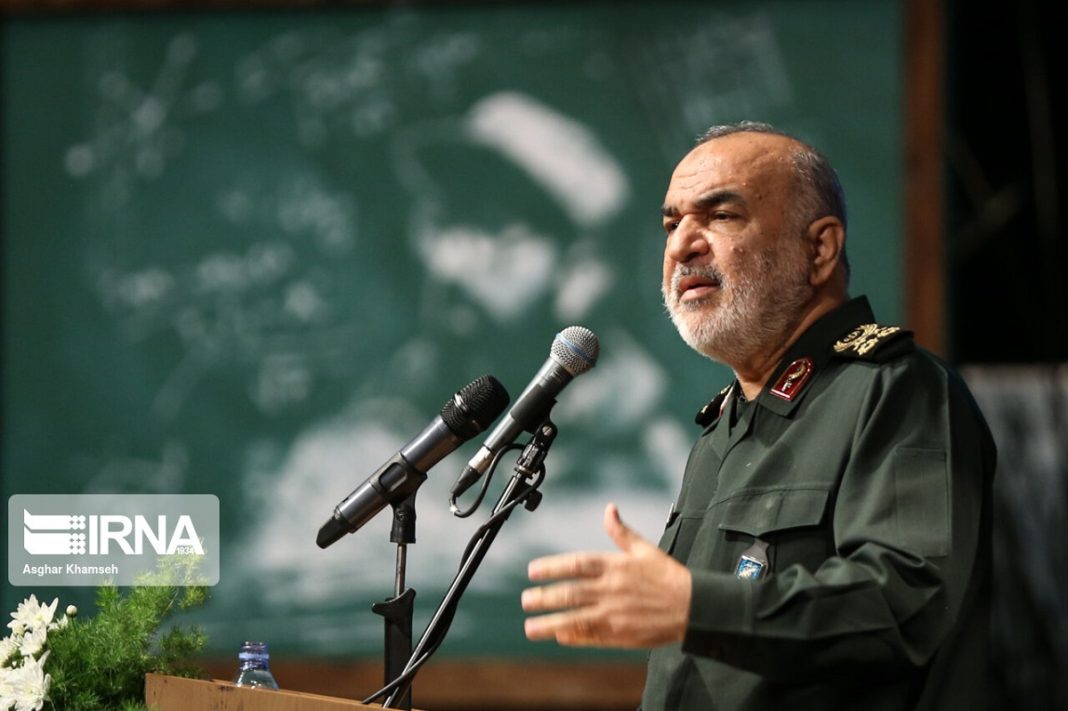 The commander of Iran’s Islamic Revolution Guards Corps has vowed that the force will avenge the deaths of the victims of the Friday terrorist attack on the southeastern city of Zahedan, in Sistan and Baluchestan Province.

Major General Hossein Salami said in a statement that the IRGC will continue to counter the plots of the arrogant powers and terrorists affiliated with foreign intelligence agencies in Sistan and Baluchestan.

Salami also offered his condolences on the deaths of four IRGC members in the attack and thanked the wise people of the province for their unity and cooperation with security forces against such terrorist attacks.

The general blamed the US and Israel for backing the separatist terrorists behind the attack.

He said the IRGC and security, intelligence and law enforcement forces consider security and peace of the people a red line and will work together to give a “firm and decisive” response to any threat to the people.

On Friday, terrorists launched armed attacks on several police stations and public places in Zahedan after congregational prayers in the city, killing 19 people and injuring 20 others.

The IRGC has blamed the attack on the separatist terror cell that styles itself as Jaish ul-Adl – Army of Justice – and operates across the border from Pakistan.