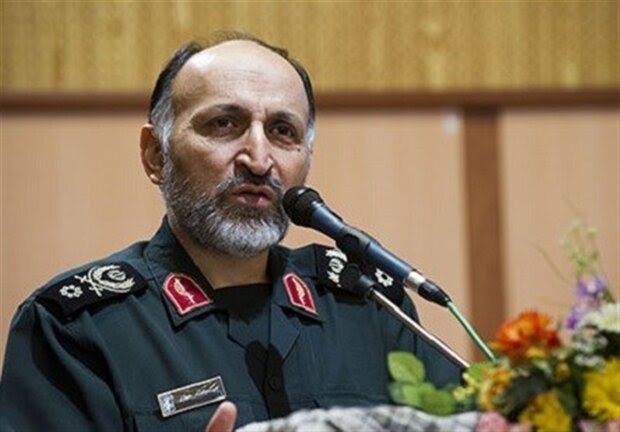 Deputy commander of the Islamic Revolution Guards Corps Quds Force has rejected the false reports that the Zionist regime has attacked the Iranian forces or bases in Syria.

In an interview with Al Mayadeen TV, Brigadier General Mohammad Hejazi slammed as “fake claims” and false media propaganda many of the reports that the Zionist regime has launched attacks on Iranian forces in Syria.

A military advisor’s mission could be restricted to consultation and dialogue, but he may sometimes go to the field to carry out evaluation, the general explained.

“Iran’s presence in Syria has not involved the stationing of forces and units from the beginning. Our advisors have been present in the units and offered guides. But the (Israeli) claim that they have hit a base or garrison belonging to Iran is not true, because such thing does not exist (in Syria),” he added.

General Hejazi then noted that the Israeli regime is well aware that the martyrdom of any Iranian individual will draw a response from the Islamic Republic. “We will definitely respond, as responses have been given in the past.”

The commander then confirmed that the Zionist regime has attacked a truck that the Zionists claim has been carrying weapons, and has launched strikes on the Syrian Army base which it claims has been at Iran’s disposal.

A series of damages have been done to the Syrian Army and a number of facilities, but those actions have been responded appropriately, the IRGC general stressed.