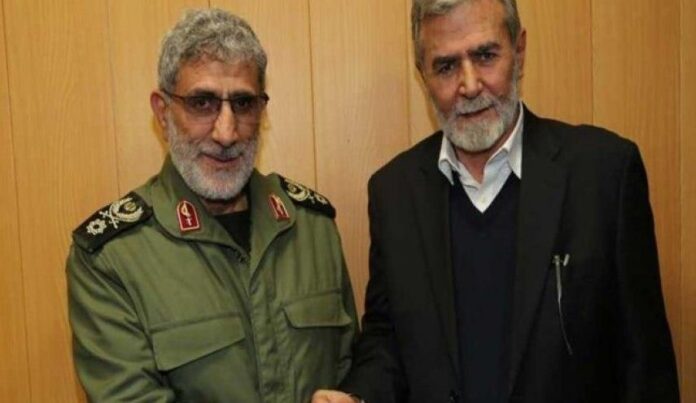 The new commander of the Quds Force of the Islamic Revolution Guards Corps (IRGC) has given an assurance that Iran’s support for the Palestinian resistance forces will continue unabated after the US assassination of his predecessor.

There has been no change in the Islamic Republic of Iran’s policies towards the Palestinian resistance forces following the US assassination of late commander of IRGC Quds Force Lt. General Qassem Soleimani, Qa’ani told Nakhalah.

The commander further emphasized that Iran will keep supporting the Palestinian people in their battle against the hostile plots that have targeted their historic rights and in confrontation with the US-initiated deal of the century, al-Elam al-Harbi reported.

Brigadier General Qa’ani also noted that the American move to assassinate Lt. General Soleimani was a measure in preparing the ground for the announcement of deal of the century.

Nakhalah, for his part, expressed gratitude to Iran for supporting Palestine, noting that the Palestinian people and resistance groups will shatter the American deal of the century and thwart any plot seeking to deprive the Palestinians of their historic rights.