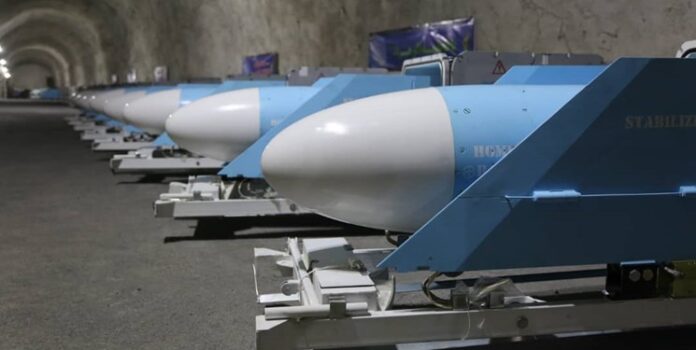 The Islamic Revolution Guards Corps (IRGC) Navy has unveiled its new underground missile base at an undisclosed location.

The missile base was unveiled in a ceremony attended by IRGC Chief Commander Major General Hossein Salami, IRGC Navy Commander Alireza Tangsiri, and a number of other top military officials.

The missile base is home to a wide range of defence systems as well as cruise and ballistic missiles with different ranges.

During the Monday ceremony, new missile equipment and systems were also delivered to the IRGC Navy.

The new equipment, which boost the Navy’s capabilities in terms of accuracy, damage level, range, and electronic warfare, have all been developed by Iranian experts at the Defence Ministry, the IRGC research centres, and knowledge-based companies.